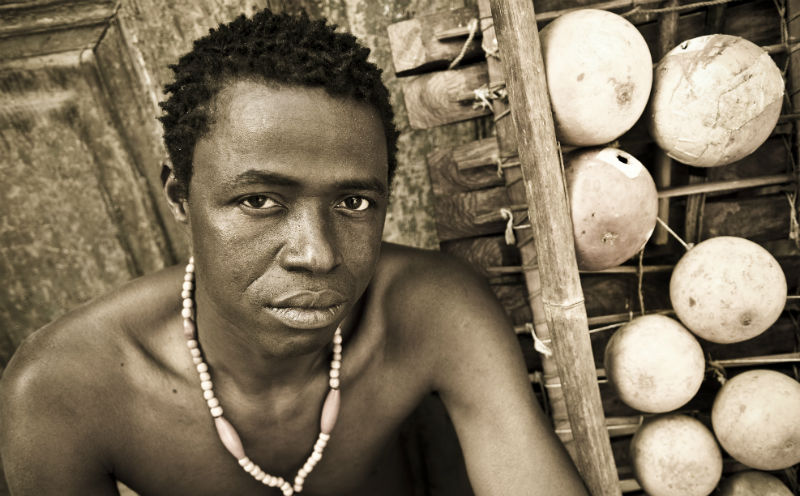 This year’s line up for Clandestino Botnik is bigger than ever – especially Sunday 28 July is expanding into a very impressive and super exciting festival day, if we may say so ourselves. The show will go on until late in the afternoon – new bookings are added continually!The dates are 27-28 July, at the beautiful Botnik farms in Tanums kommun, Bohuslän, Sweden.

NEW BOOKING: KIMI DJABATÉ (Guinea-Bissau)
Griot is the name of a music tradition in West Africa that stretches hundreds, even thousands of years back in time. A griot is a kind of troubadour with the mission to entertain and at the same time a storyteller and oral historian. Kimi Djabaté was born in Guinea-Bissau, but lives in Lisbon, where he still focuses on the musical traditions he grew up with but with his ears open to his contemporaries and the world that surrounds him. With delicate guitar playing, balafón sounds and a rare musical sensibility not least noticable in his singing, Kimi Diabaté is a contemporary edition of the ancient griot, aware of the fear and the dreams that drive the flows of global migration, while faithful to the traditions of the village where he and his ancestors grew up. Kimi Djabaté recently released his second solo album ‘Karam’, where he talks about Africa today: Of social and political conflicts, of the fight against poverty, the fight for freedom and for the rights of women. | Read more