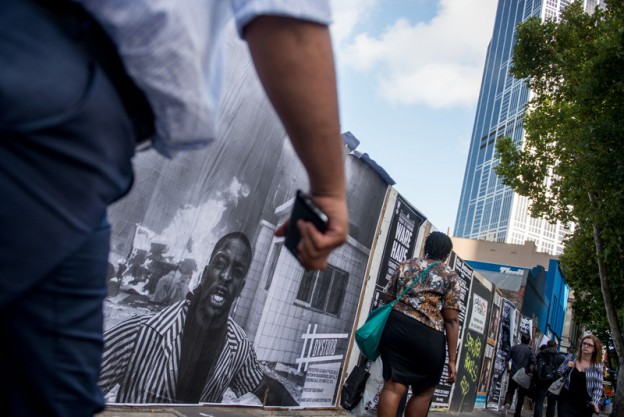 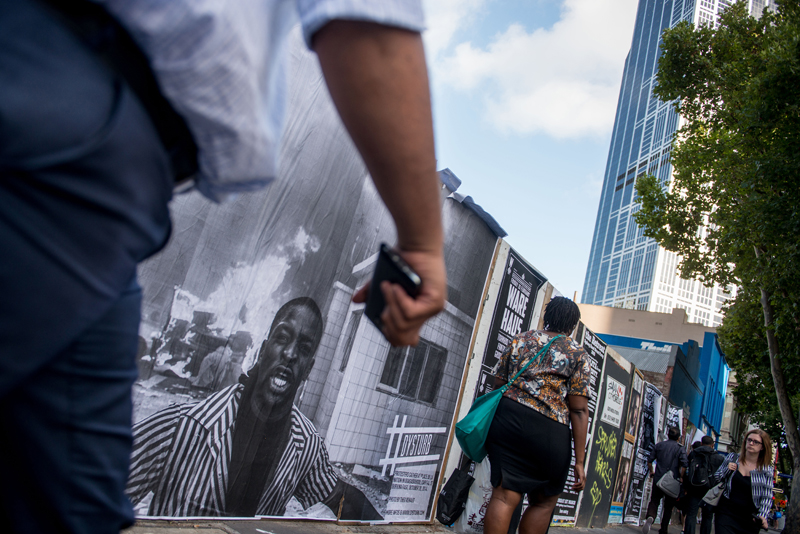 #Dysturb is a network of professionals driven by the desire to make information freely   accessible through the occupation of urban spaces. It was co-founded by Pierre   Terdjman and Benjamin Girette and defend an editorial line free from commercial   influence. They are also commited  to not damaging public spaces by using water based   adhesive.

Pierre Terdjman is a photo-journalist who has worked for the Israeli daily left wing   newspaper Haaretz. In 2007, he returned to France to join Gamma agency. He has covered the post-election violence in Kenya, the Russian-Georgian conflict, Afghanistan   (where he spent a year following a French unit), and Haiti after the earthquake. More   recently, he photographed the Arab Spring, covering both the fall of Ben Ali in Tunisia,   Mubarak in Egypt and the struggle for liberation against Gaddafi in Libya. He is also   documenting the fall of the Israeli dream in a long term project called “La La Land”.   Earlier this year, he won the Lens Culture Award for a picture from his work in Central   African Republic. His photographs are regularly published in Paris Match, GQ and The   New York Times Magazine.

At Clandestino Talks Pierre will speak about the collective #dysturb’s photo-gerrilla   operations as well as his own work around the world. During the night between the 5th   and 6th of June somewhere in Gothenburg one of #dysturb’s famous operations may   take place. It is of course top secret, but keep your eyes open…