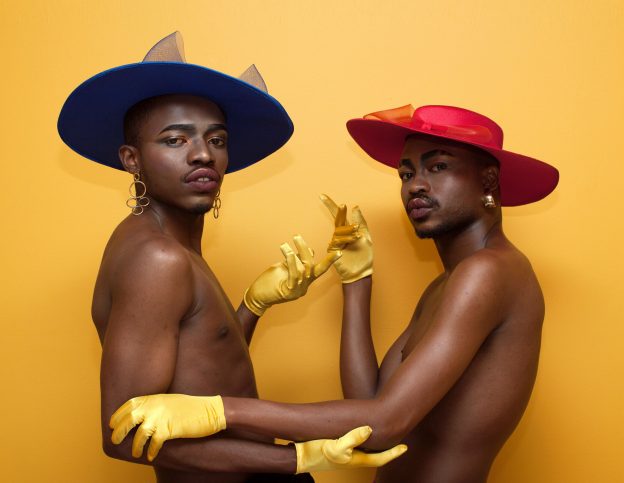 Through their mega-sexy performance art and music, this Johannesburg duo is fighting to change the lives of black LGBT people in South Africa – and across the world! Fela Gucci and Desire Marea pull any audience into the vibrant dance performance that is their live show. With wigs and lofi video projections, they make a gesamtkunstwerk-ish experience out of their electronic dance music, gqom, a kind of bare bones house music that is created in South Africa’s townships and distributed via authentically DIY methods, like taxi drivers who play the latest productions for customers on their way out for a night on the town. FAKA themselves call their extraordinary creation gqom-gospel “laments for cock.” When not performing their own music, FAKA are resident dj’s at Cunty Power, a club that wants to be a safe and fun party zone for queer, trans and non-binary night owls in Johannesburg. The world outside of Africa became aware of FAKA when Mykki Blanco interviewed them in his South African documentary Out Of This World. At the end of 2017, FAKA released their second ep, Amaqhawe, and it has since been clear that they are determined to make sure plenty of ass – not to mention worldviews – will be shaken to its foundations.