How to go to Clandestino Botnik (Bottna/Gerlesborg)
Since 2009 we have been arranging a festival excursion to Botnik Studios in Bottna and Gerlesborg, which is about 1,5 hrs drive north of Göteborg. Clandestino Botnik takes place 24-26th of July 2015. The exact adress is  Skärholmen Övergård 2, 457 48 Hamburgsund [MAP]. One of our partners is Gerlesborgsskolan where part of the programme takes place (including the concert with Kasai Allstars 1 of July).

Tent town
Included in the prize to the festival there is a space for tenters close to the festival area. Accommodation at closest hostels are usually occupied by over hundred artists that participate during the festival weekend in Bottna. Please leave no garbage in the surrounding nature. Thank you!

History
Clandestino Festival is an alternative music festival that also includes other art forms and talks, that has taken place in Göteborg since 2003. The festival features international artists from places that are shaped by the the waves of global migration, creating a new alternative to commercial mainstream culture.

One of the original motifs was to bring attention to the case of Peter Ekwiri who was incorrectly deported to Ghana, even though he came from Uganda and Sudan,  after having been refused asylum in Sweden.

The festival reaches beyond multi-culturalism and fights the new faces of racism. It takes place at the center of migration and pluralism and challenges dominating ideas of cultural differences. The project in its entirety inspires to think rethink differences between people, beyon exotism, victimization and demonization.

Age
There is no general rule about how old you have to be to attend our events. Certain restrictions for people younger than 18 years apply to venues that serve alcohol, due to Swedish alcohol legislation. For more information please contact the venue in question. 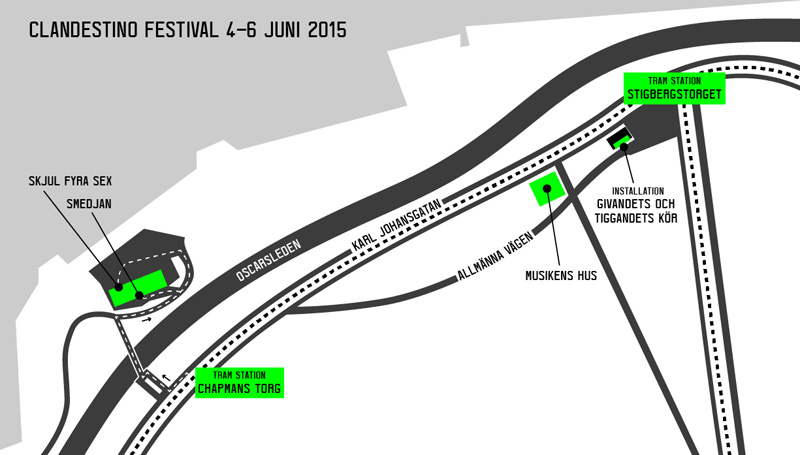