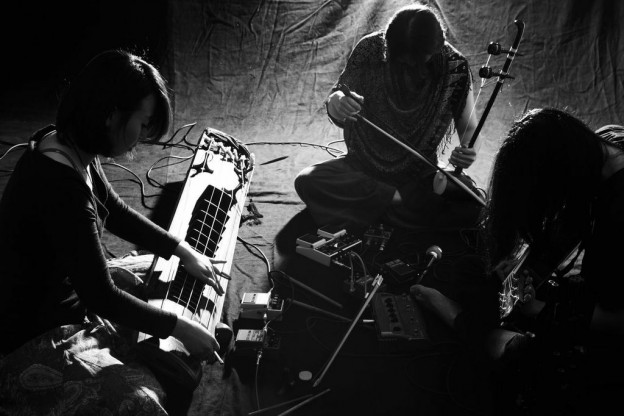 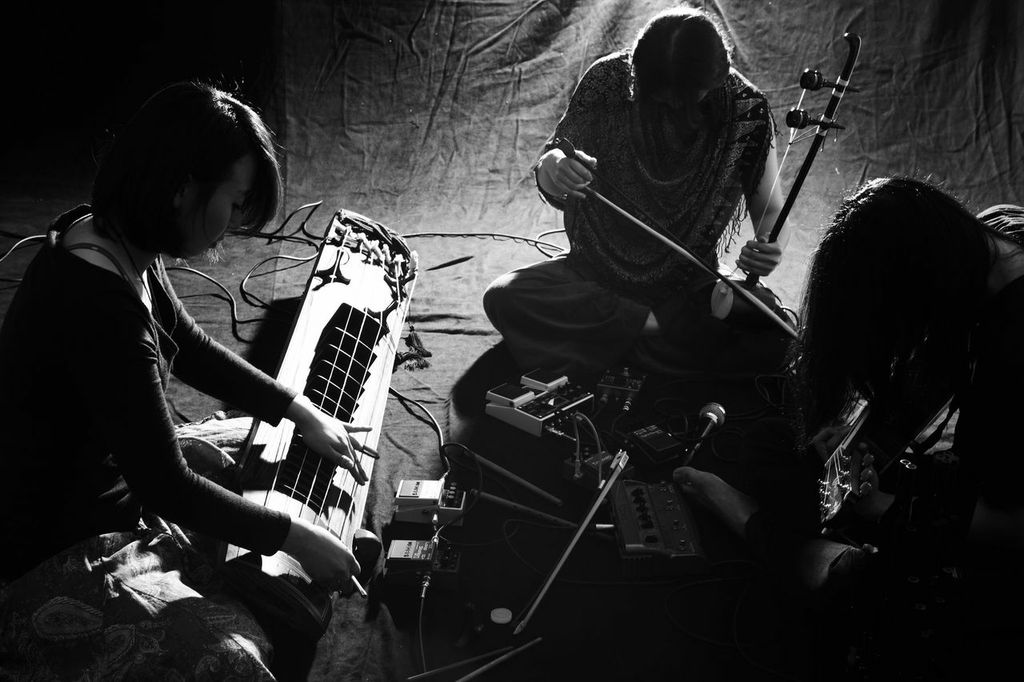 Jambinai is a young quintet that mixes traditional Korean music with hard post rock and metal sounds from drums, guitar and loop pedals. The group met in 2009 in Hongdae, Seoul’s hipster neighborhood, and decided over a few drinks to start a band where they could combine their skills on instruments like geomungo, piri and haegeum, with their interest in rock, hardcore and electronic music. Several members also play in some of the most interesting underground bands in the South Korean capital. The music they create together can be described as a heavy kind of “geomungo metal”, but also sometimes it is rather gentle with many layers of sounds from flutes and stringed instruments. Sad bamboo oboes looped into carpets of sound create a backdrop for the dark notes from the geomungo strings. Waves of rhythm pours over thelistener from cymbals and steel string guitar. Jambinai has so far released an album and an EP, received several significant prices and in 2014 became one of the year’s most talked about performances at the international music fair South By Southwest in Austin, Texas.