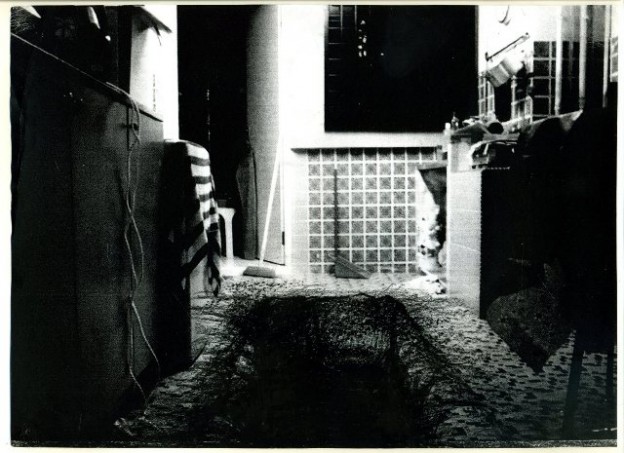 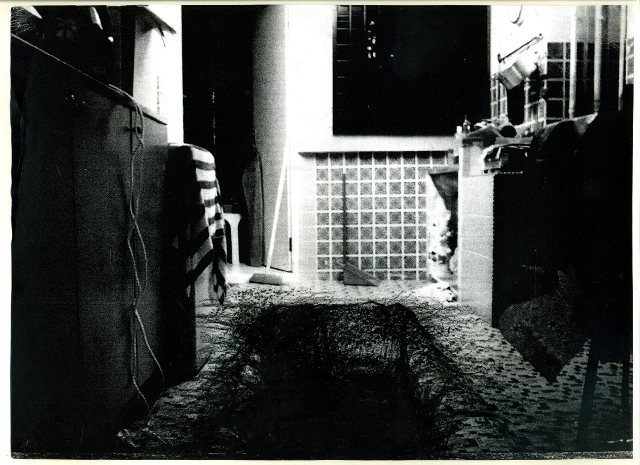 MAXINE CHIONH: “INTERVENTION IN A ROOM”

Maxine Chionh is an artist born in Singapore and living and working in Gothenburg.   Central to her practice are themes revolving around representation, displacement and loss, and she often explores these issues through making drawings on found images. She received a First Class Honours degree in Fine Art at the University of Huddersfield in Great Britain, and has also specialised in English Language and Literature at the National University of Singapore.

During Clandestino Festival, Maxine will be showing a site-specific installation at Smedjan, a building rich in character that acts as both a blacksmith’s workspace as well as a venue for concerts. Her installation is process-based; she will simultaneously restore and tear down the floor, walls and ceiling of the space, working to both cover up and expose its underlying layers. The work is an exploration of what it means to enter an existing place and forcibly intervene in its space.

Tell us about yourself and your relationship with the city/cities.

– I am a city person, born and bred in Singapore, a tiny city-state that’s one-quarter the size of Sweden’s Gotland but with a population of over 5.4 million.

I’ve grown up in a highly-urbanised environment with a landscape that’s dominated by office skyscrapers, forty-storey apartment buildings and towering mega-complexes meant to make a tourist out of everybody by offering an overwhelming array of shopping, dining and entertainment options.

I’ve grown up in a nation-state where nature has been tamed by paving over mangrove swamps and fishing villages, where centuries-old graveyards have been exhumed and the dead neatly compartmentalised in generic columbariums, where it is scorching hot outdoors and bitingly cold indoors, the case of the unrelenting tropical climate versus overzealous air-conditioning, where the people bemoan their never-ending workdays and ever-increasing daily expenses while other more vocal citizens get arrested, locked away and bankrupted for having a dissident voice.

This is the city-state that has shaped my consciousness, through which I see all other cities.

This is the nation-state that my sisters and their families have chosen to set up home in, as my grandparents and parents had done; this is the city that has given me a world-class education and a primo self-loathing; this is the place that has given rise to my irrevocable need to make artwork, to try to make sense of the volatility of my home.

Tell us about which other projects you are involved in, besides Clandestino Talks.

– I have just exhibited my work at Arsenale in Venice, in the months of March and April this year, where I was one of the finalists of Arte Laguna 2015. I’m currently writing a book of short stories in Swedish that I’m aiming to send off to the publishers by summertime, and I’m preparing to relocate to Umeå for a three-month stint where I’ve been awarded a studio space as part of a painting programme at the university there. And at the end of this year, I’ll be exhibiting some drawings as part of a group show at Galleri Box in Gothenburg.
Question: What does the concept of Clandestino Talks, “Dysturbance”, mean to you?

– “Dysturbance” as a concept speaks to me of unnatural interventions in time and space. In my art practice, I’ve made drawings and mixed media works based on the themes of violent displacement, concrete loss and the materiality of photography. For my site-specific installation at Smedjan, I will be simultaneously restoring and tearing apart the floor, walls and ceiling of the space, working to both cover up and expose its underlying layers. This is, for me, a way to enter a heterogeneous room that has been used for a variety of purposes such as a blacksmith’s working area and a music venue, and forcibly intervene in its spatial and figurative dimensions.