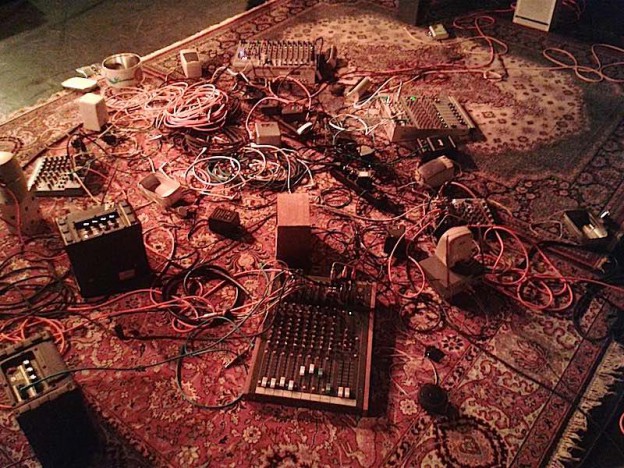 – “Dysturbance” brings to mind dystopia, dysfunction, urbanity, and of course disturbance. The urban space is a place of control and almost non-stop communication. The violent noise, physical movement, strict social norms, and mass surveillance definitely brings to mind the sense that we already live in a dystopia. Gothenburg is however very soft and easy to handle in comparison to unimaginably dense and colourful nightmares like London, which is both wonderful and terrifying in its speed and complexity. I am always in amazement about how cities manage to function at all given their multiplicities.

However, the human living in a city must also function at a high level, and must have immense control over their life in order to not get ground up and destroyed in the urban machine. The work of underground culture often seeks to disturb this network, but is more often than not forced to succumb to the forces that run the place: money, developers, consumerist expansion, gentrification, strict alcohol and noise laws, gangs, bored police, cutbacks to funding, etc. It is extremely difficult to speak up, to be heard, to reach anything more than a tiny fraction of the population, the majority of which are spoon fed by mass media. True disturbance may not be possible anymore in this context, and that is the real dystopia.