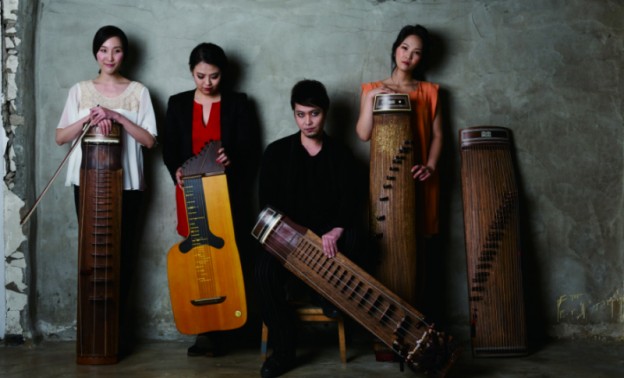 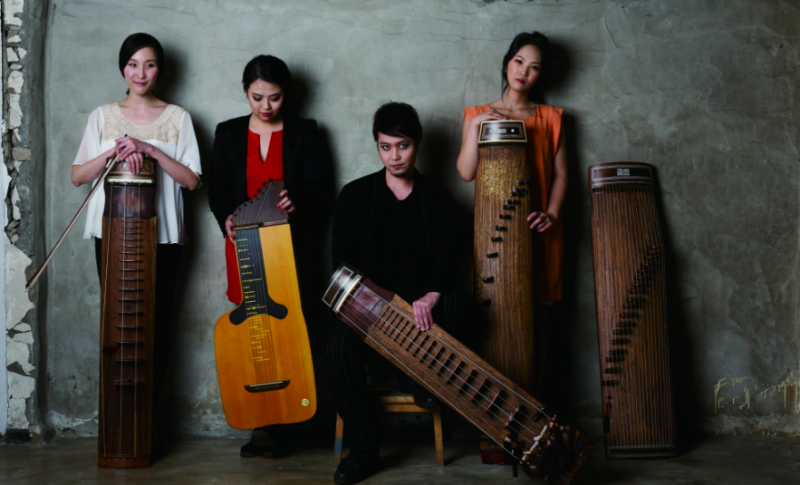 Three women and one man meets at the university of Seoul and starts a band. Their idea: to turn a thousand-year-old musical tradition upside down. The quartet’s name comes from the instrument geomungo, a big cittra that has been played at the Korean peninsula since time immemorial. The long strings are made of silk and are plucked with a bambu stick. They create a sound that is melodic and percussive at the same tame, often with a heavy vibrato. The instrument is played by three of the band’s members: Yoo, Jung and Leeo. The fourth member, Kim, plays the gayageum, another kind of cittra that adds a softer sound to the sound picture.

While traditional geomungo music may be percieved as inaccessible by the uninitiated listener, Geomungo Factory have developed both the instrument in it self and the compositions. Not only do they play the geomungo with a bow – they have created completely new versions of the instrument, for example a glockenspiel-geomungo and an electrified version where different effects units distorts the sound. The result is a tradi-modern blend of Koreand and Western, old and new. Sonic Youth, minimalism and rock is mixed with tango, Tjajkovski and Korean art music. All done with a big portion of charm and desire for experimentation: Geomungo Factory’s songs are made in collective jams (of that comes the Factory, the music is made as if on an assembly line where everyone contributes with their own part). The custom made instruments, on the other hand, are far from mass-produced – there is only one unique copy of each.