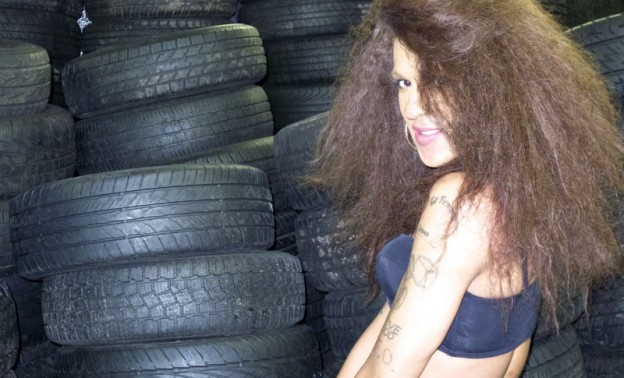 From a teenage boy on the run to the art world’s darling. From macho noise musician to queer hip hop queen. Mykki Blanco’s story is a story about transformations. Blanco is a stage persona, a hip hop-drag queen-alter ego created by the American poet, musician and performance artist Michael David Quattlebaum Jr. As a teenager, Quattlebaum ran away from home and found his way to New York. He was homeless and confused but eventually got in to art school and found a publisher who published his debut book, “From the Silence of Duchamp to the Noise of Boys,” where images of hedonistic escapades in Chinatown mixes with references to both Rilke and Sisyphus. He started playing industrial rock under the pseudonym No Fear. But a few years later, in the summer of 2011, he entered the stage as Mykki Blanco for the first time. In a brown wig, black swimsuit and breasts that were as fake as her handbag with Chanel logo: Mykki Blanco was born. Her show is as much queer hip hop as performance art. It has been called a mix of Marina Abramović , Marilyn Manson and RuPaul. Mykki Blanco is more than a gender prying gimmick: both her ​​rap and the musical production has evolved considerably since the first lofi releases, the EP The Initiation from 2013 has put her on the map as one of hip hop’s most important innovators.