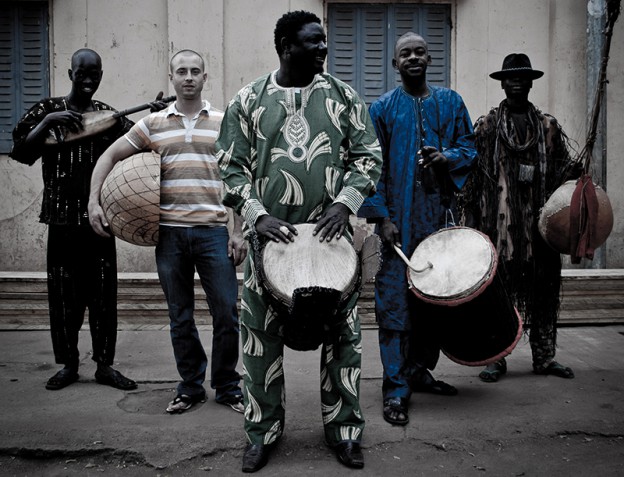 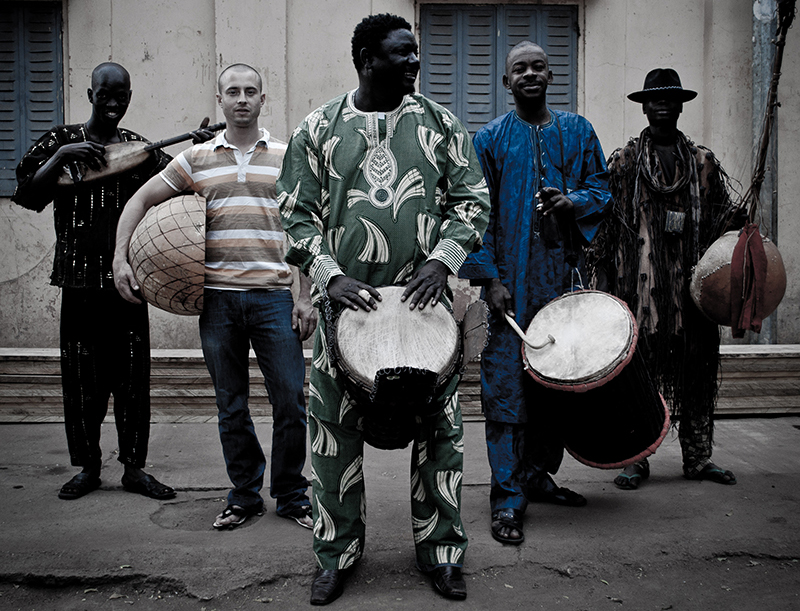 The seed ofwhat became BKO Quintet’s album amako Today (2015) was created in the middle of the coup d’état that struck Mali in 2012. This due to the military does not receive enough aid to fight back tuareg rebells in the north, whose struggle for freedom later was hijacked by Islamists. While Mali was on the brink of a civil war, the group managed to focus on their work, waiting for a visa that would allow them to get to France where the album finally completed.

The band was founded when the French percussionist Aymeric Krol settled in Mali to study local drum styles and gathered a group of musicians from different traditions. As so often in music from Mali (as with Bassekou Koyaté and Donso to name two), BKO Quintet is all about the interaction between different legacies – the capital Bamako is a crossroad when it comes to desert blues, folk tunes, new urban sounds and European influences. The album Bamako Today takes the world famous Malinese music scene to the next level: it is a tight recording with equal parts of rattling wassoulou, ngoni pop and the typical sound of the distorted kora (West African lute). BKO Quintet show clearly point out the background of American blues in West Africa – while eagerly showing us new directions.