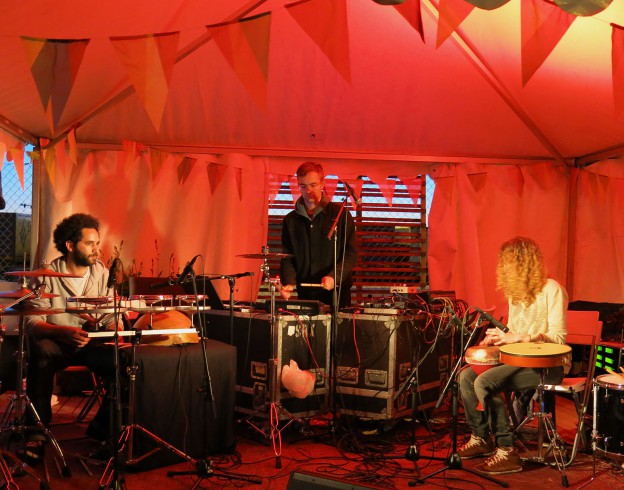 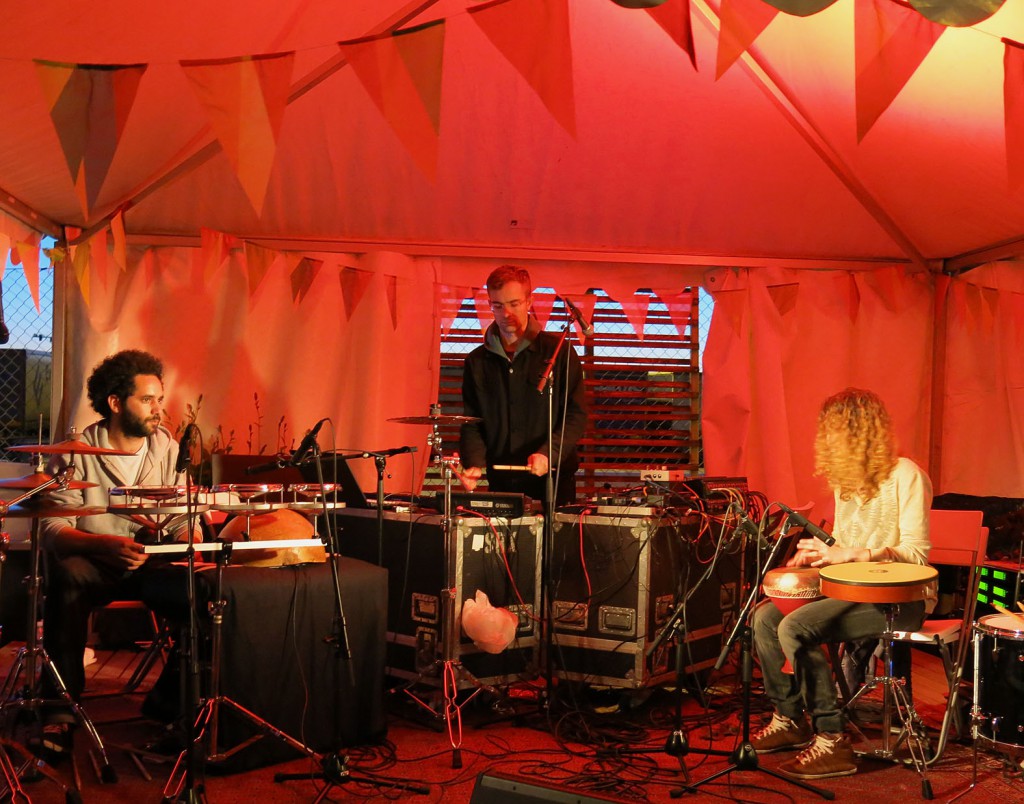 CLANDESTINO BOTNIK | BOTNIK STUDIOS | JULY 26TH 2015
Hiya wal Âalam is a collaboration between a group of Tunisian musicians and Olof Dreijer from The Knife. The group is led by the composer and percussionist Houwaida Hedfi, and performed at Clandestino Festival 2014, using her first name Houwaida. Traditional North African percussion instruments like bendir, djembe and chkachek are at the heart of the music, but Houwaida Hedfi belongs to a new generation of alternative musicians from Tunisia following the Arab Spring (see the compilation CD Sawtuha, Jakarta Records, 2014) that do not want to limit themselves to one style or a single craft, but are typically both sitting in the producer’s seat, writing, singing and playing instruments. Electronic beats, acoustic melodies and environmental sound, wordless singing.

It is a mix between the thrill of a living experience and the fantasy of the dream. It’s slow and captivating, complex and simple at the same time. Its complexity draws from emotional contradictions and its simplicity comes from a sincere desire to share. The need to exhibit the intimate melodies grows to be intense at times without losing its softness. Later this year, Hiya Wal Aalam will release their debut album, recorded in both Tunisia and Berlin and produced by Olof Dreijer.