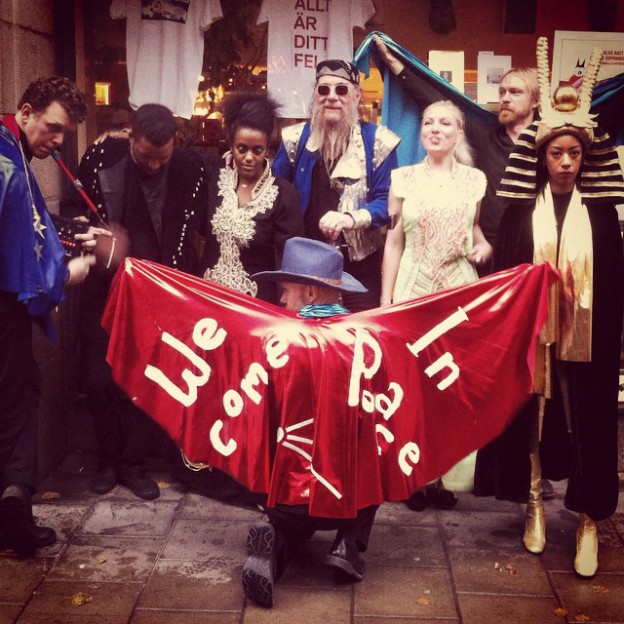 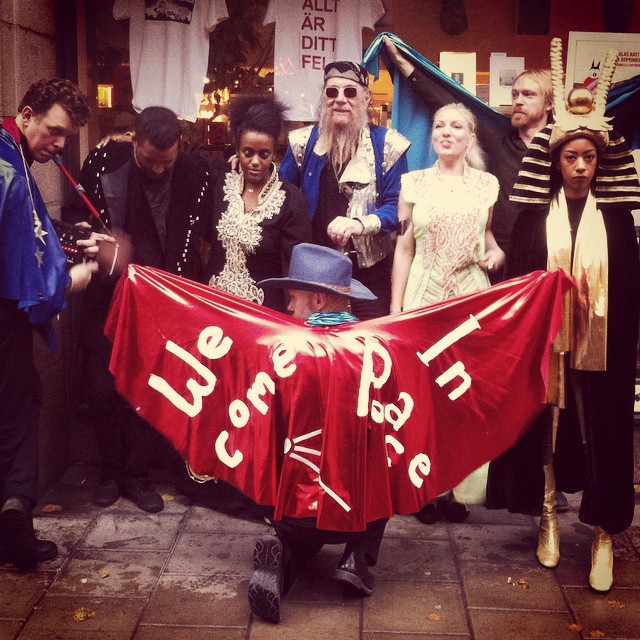 The project Jazz är farligt (Jazz is Dangerous) is run by vinyl guru Elena Smon Wolay. It started in 2011 as a club, but quickly evolved to also take the form of a fanzine, a record label, a one-day festival at Liseberg, and since 2014 also a children’s show. The latter presents Wolay with friends (from, among others Fire! Orchestra) is a narrative musical theater performance about Sun Ra and his Saturn.

The play is based on the highly original jazz musician, composer, orchestra leader and philosopher Sun Ra (born Herman Poole Blount in 1914, died 1993). He claimed to be born on Saturn, which he managed to convince the US Passport Authorities to register in his passport.

Sun Ra claimed that mankind was to travel out in space. “Space Is The Place” became his motto and the name of a movie he wrote and starred in. His Orchestra The Sun Ra Arkestra is still active and visited later Sweden in the summer of 2014.