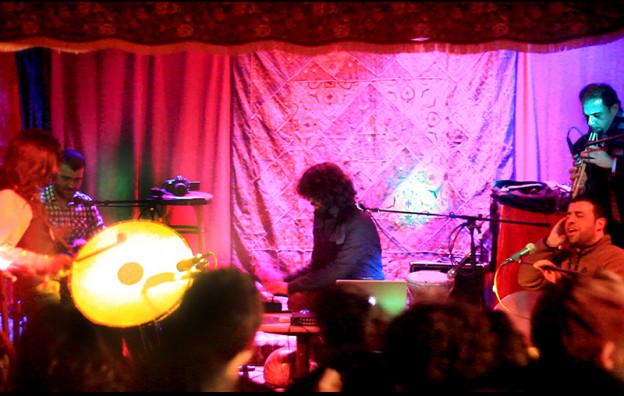 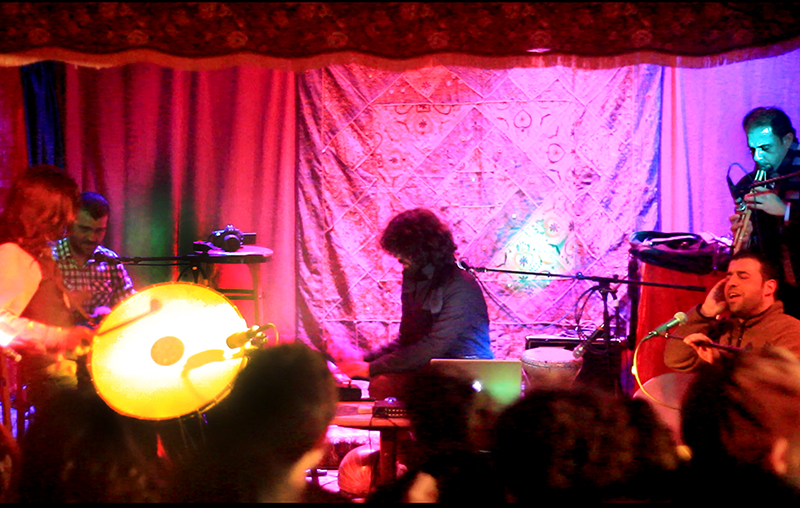 Neshama takes a new approach to traditional sounds from Syria with rhythms like Dabke and Hjaini, and builds a danceable and loop-like music. Traditional instruments from the Middle East like rababa and oud intermingle with saxophones, tuba, piano and sometimes synths.

The group leader Wael Alkak is a former member of the Syrian National Orchestra. During the revolution in Syria, he was subjected to torture and captivity before he fled to Lebanon and then to France. Neshama was formed when he traveled with his mobile studio and recorded with a number of musicians in Lebanon, Jordan, Turkey, Egypt, the United States and Syria.

The lyrics depict his own experiences, but Neshama’s record does contain many of the songs sung by the crowds during the revolution in Syria. Strong feelings characterize the music: pain and sorrow but also the pride and the desire for freedom. Neshama performed a successful concert at Clandestino Botnik’s big stage in July 2014. Take the opportunity to see them again, this time in what is guaranteed to be an intimate and explosive dance night at Oceanen.