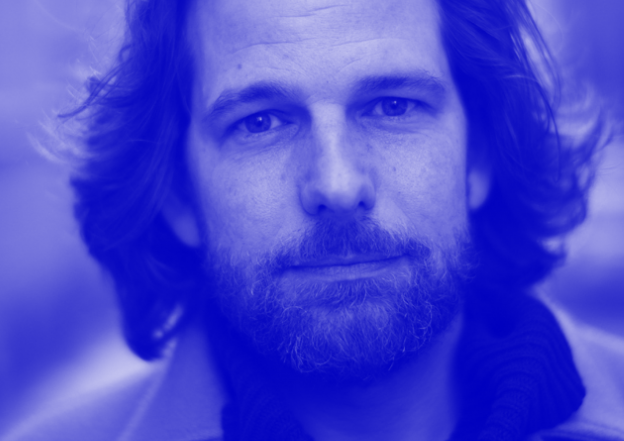 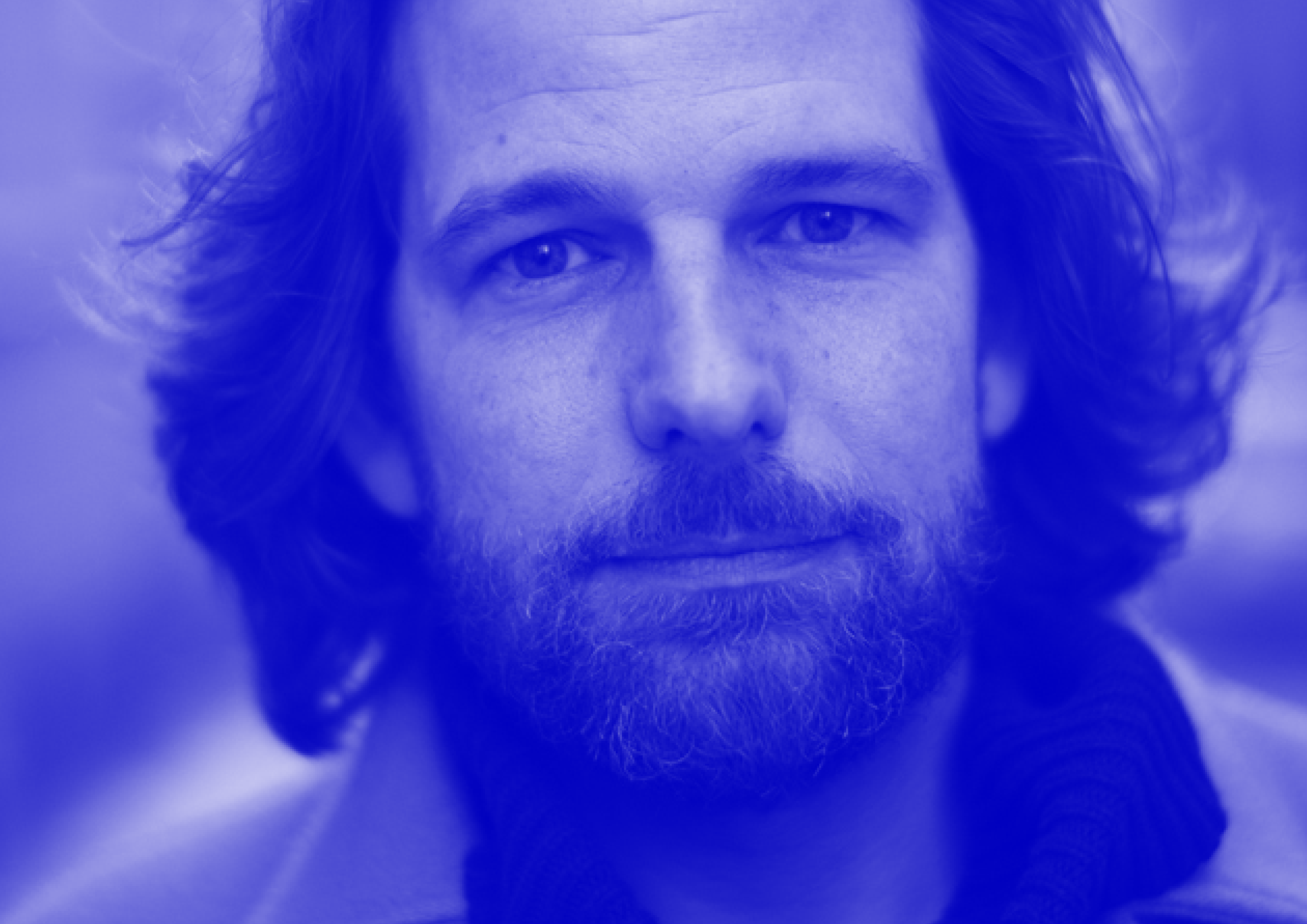 Throughout his life James Baldwin had a strong relationship with the film medium and dreamed of becoming a director. As a writer he came to reflect his own life and the American race issue through Hollywood movies. Based on Baldwin’s book “The Devil Finds Work” from 1976, Hynek Pallas talks about the authors film criticism, and how he analyzed society and the psychological needs of white America in it.

Hynek Pallas holds a PhD in Film studies. His dissertation “Whiteness in Swedish Cinema 1989-2010” was published in 2011. Pallas is a director, author and a critic for Göteborgs-Posten. His latest books deal with migration and the Roma in Central Europe. 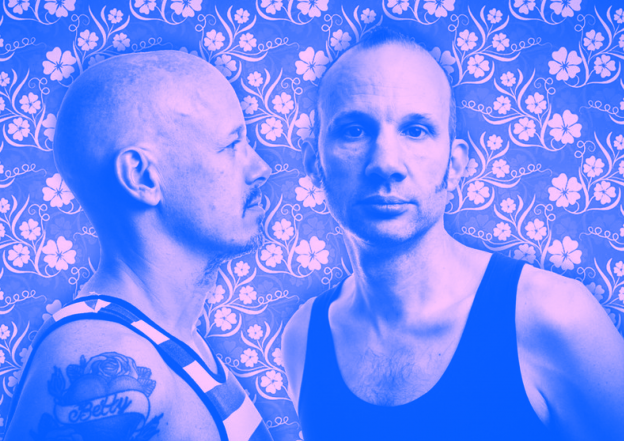 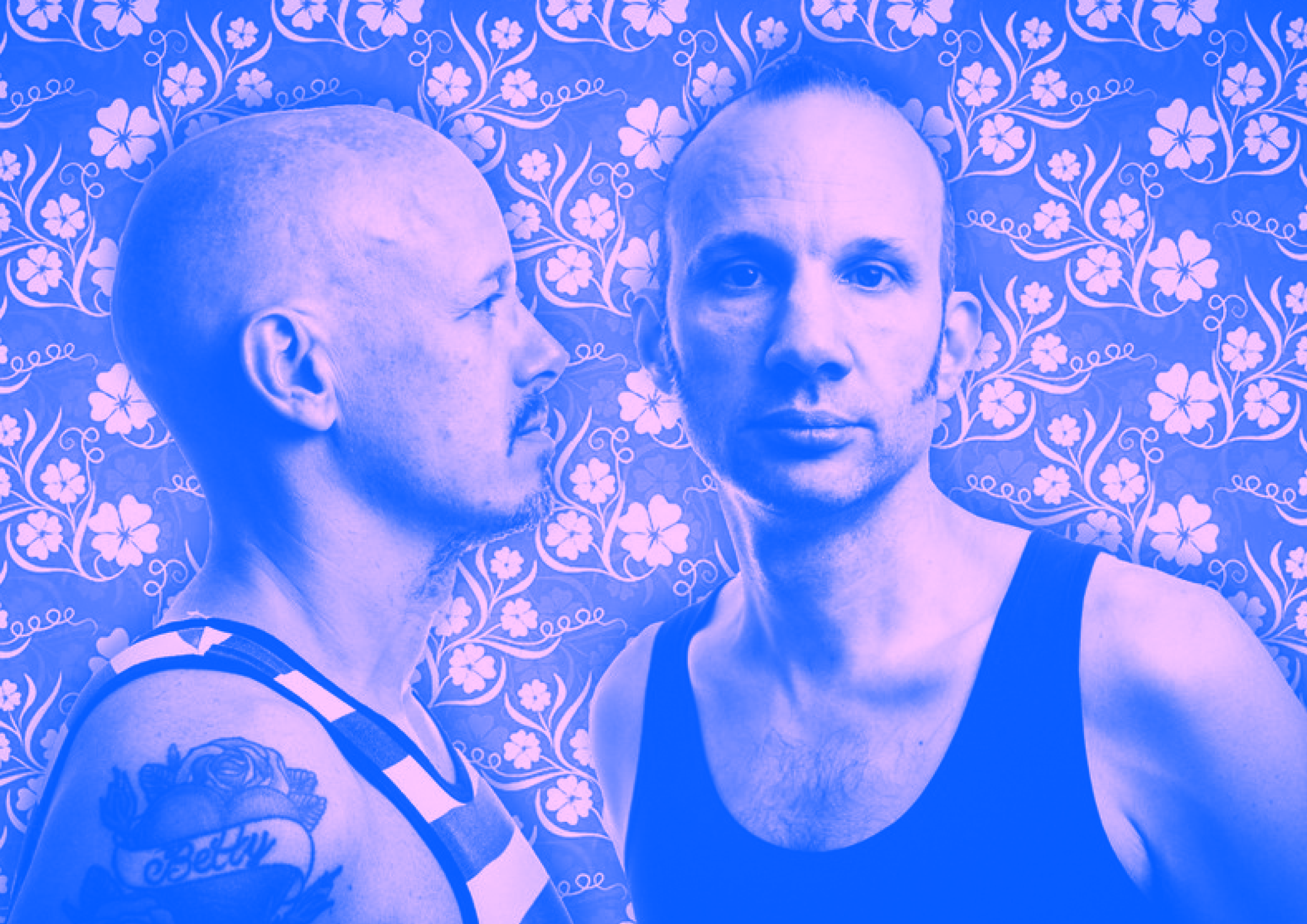 Labbe Grimelund and Finn Björnulfson are known as the drummer and percussionist in Håkan Hellström’s band. After their concerts with the West Swedish pop icon, at the after parties, they used to jam well into the night, sometimes with whoever happened to be the DJ that evening. Out of chaos and ecstasy a new concept emerged, a witches’ brew of drums, percussion and electronic rhythms. Factory Records and samba in a rattling Gothenburg accent. The step from those after-parties to the club scenes suddenly seemed perfectly logical – Enter Bongo Riot GBG. 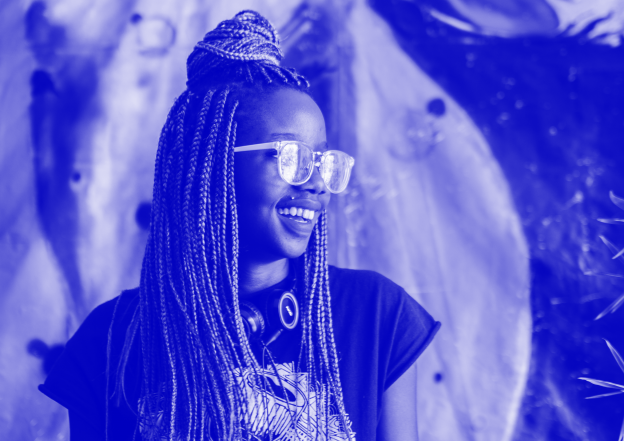 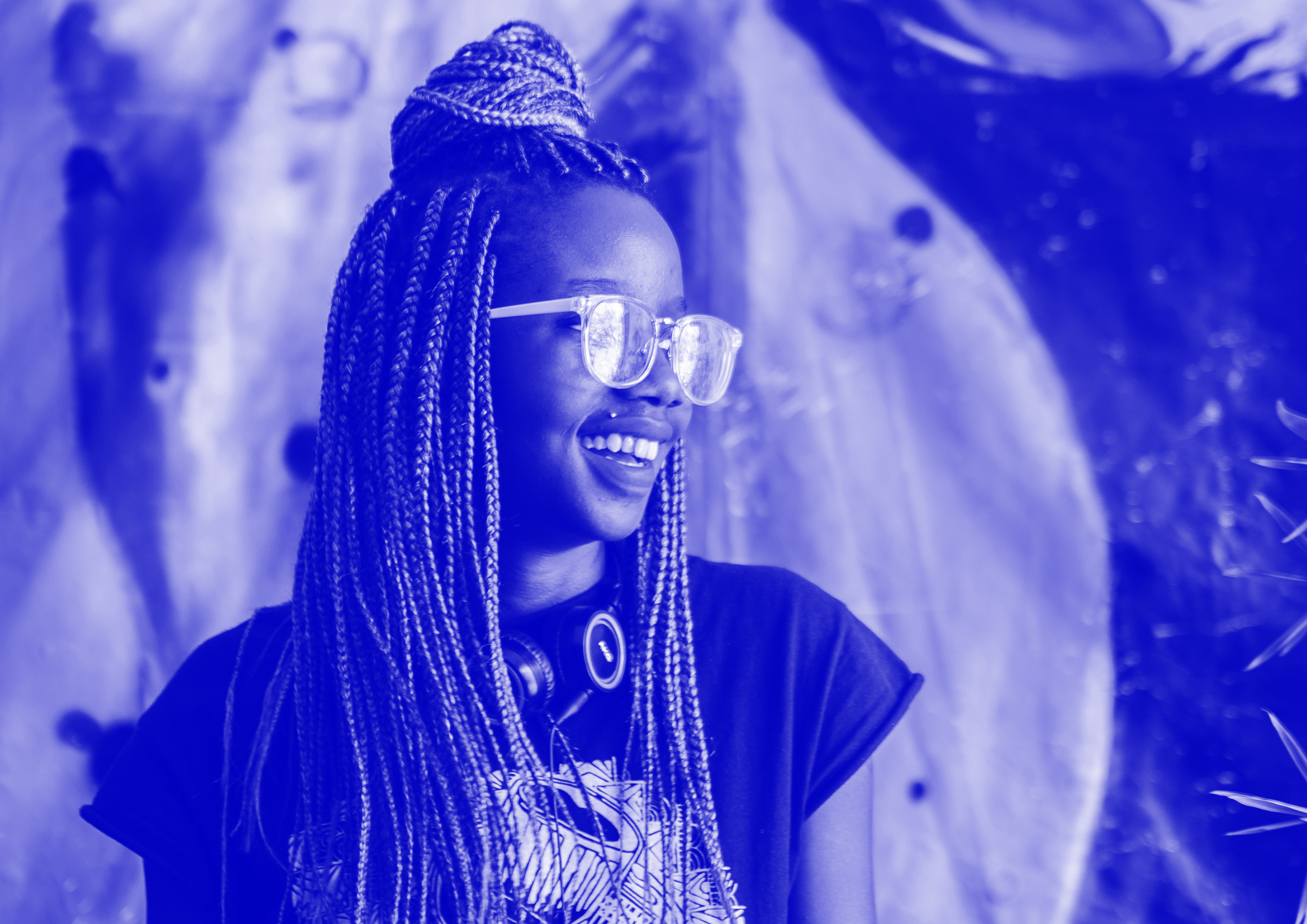 One of the hottest new names on Uganda’s dance music scene is the DJ, activist, and writer Kampire Bahana. She is one of the core members of the Nyege Nyege collective, which arranges festivals and parties for those with curious ears as well as alternative lifestyles, as well as releasing experimental rhythm oriented music from East African on the label Nyege Tapes. Those who experienced Kampire’s label mates Bamba Pana & Makaveli at Clandestino Festival in June this year can testify about a legendary night where the dance floor was sweating to a marathon performance of 180 BPM and faster.

Born to Ugandan parents, Kampire grew up in Zambia’s copper belt, a place that gathered miners from near and far. There she soon discovered music and culture from all over the African continent, which would come to inspire her DJ sets: Kampire blends modern and traditional styles into an irresistible pan-African dance party. Tropical bass, kuduro, South African house, soukous and afrobeat … powerful, bass heavy music that won’t settle until everybody’s butt is shaking. 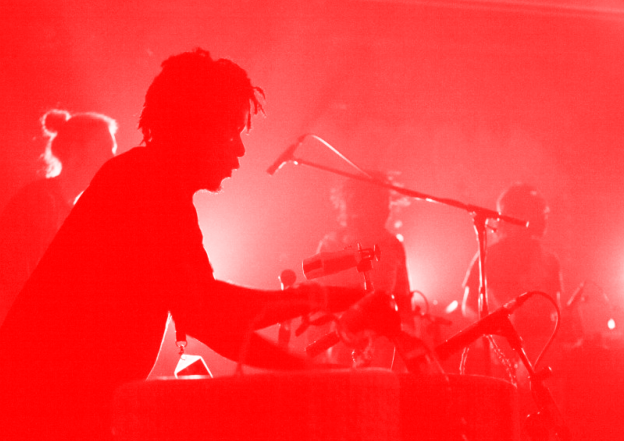 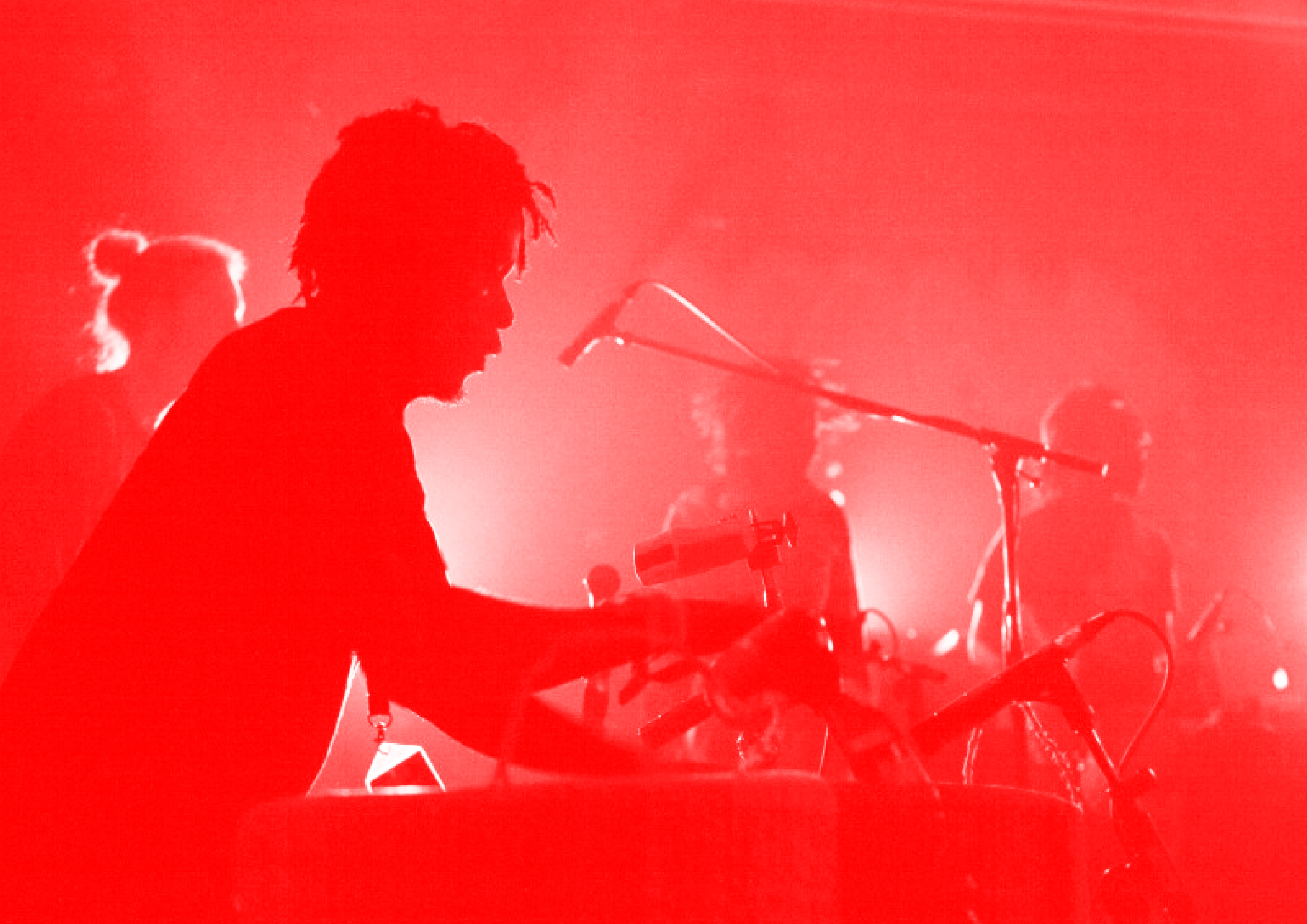 This project was born at the club Boutiq Electroniq in Kampala, Uganda. There, a group of percussionists who called themselves the Nilotika Cultural Ensemble used to perform, and in jam sessions with local DJs, a clash of dark techno, drones and frenetic live rhythms took place. The lmissing parts fell into place in 2017 when British drummer Spooky-J and synth player Peter Jones (pq) came to Uganda to visit the Nyege Nyege Festival. Their encounter with the seven percussionists led to Nihiloxica’s debut album, a journey deep into the tropical darkness of Bugandan techno. Their sophomore release Biiri came in the spring of 2019: By then, intensive touring had sharpened the groups sound further. The record is recorded live and gives a authentic picture of the intensity of Nihiloxica’s concerts. Here, traditional rhythms are given even more space in the encounter with dark drones and punk-jazzy undertones. 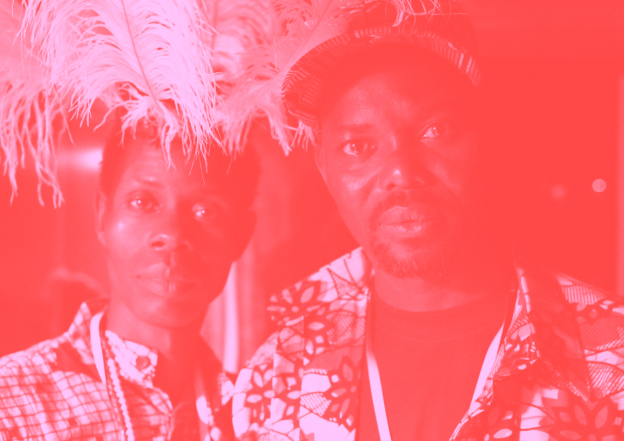 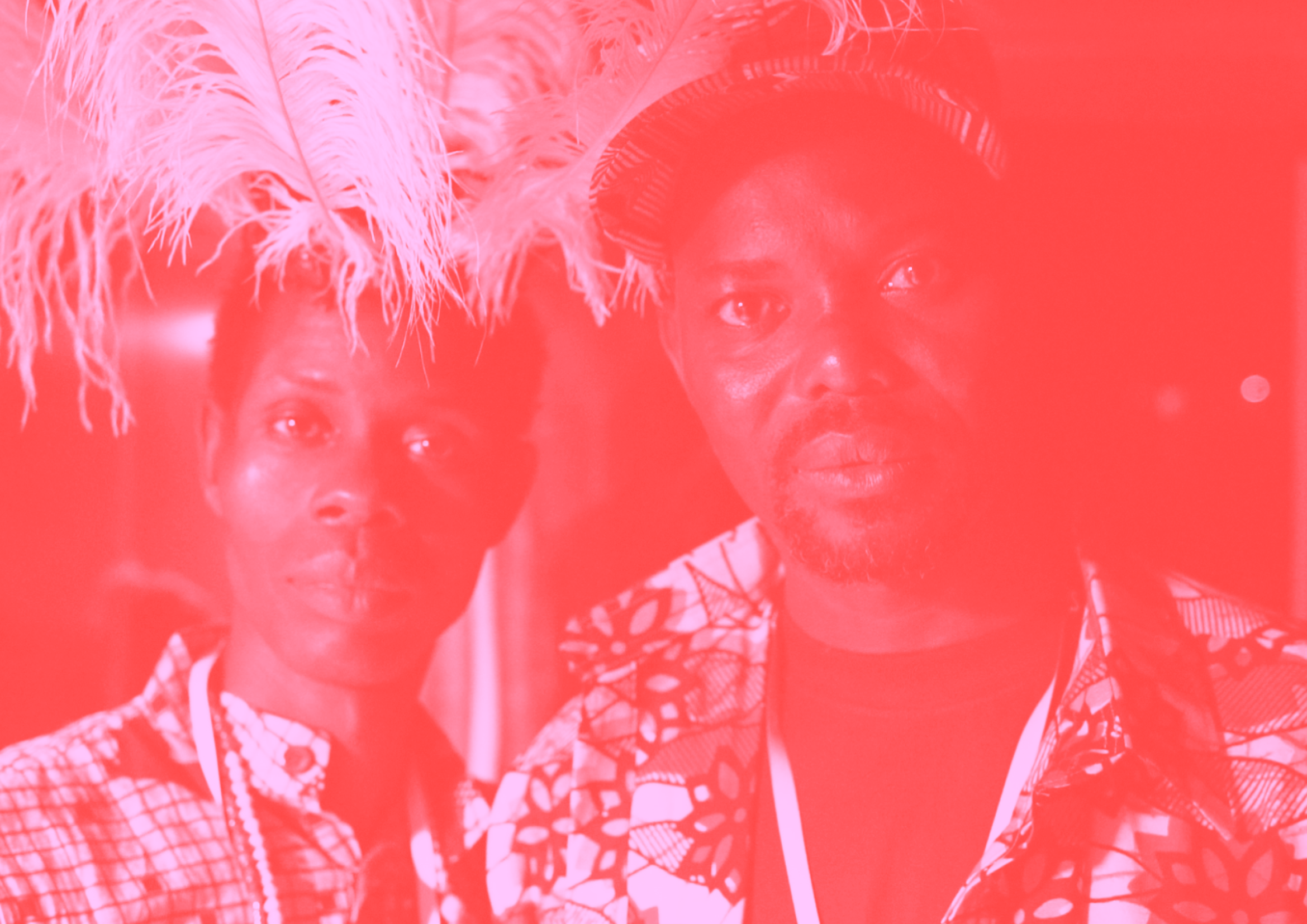 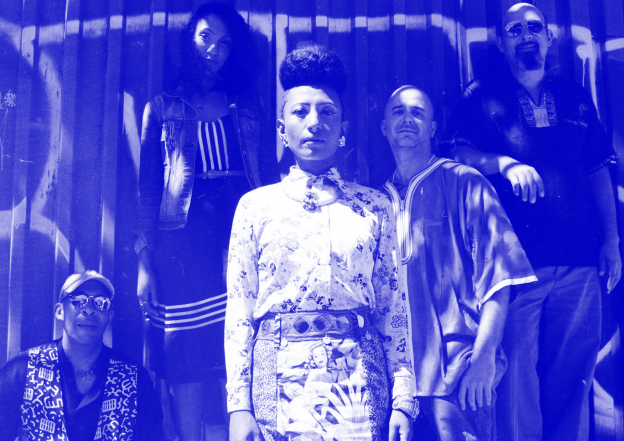 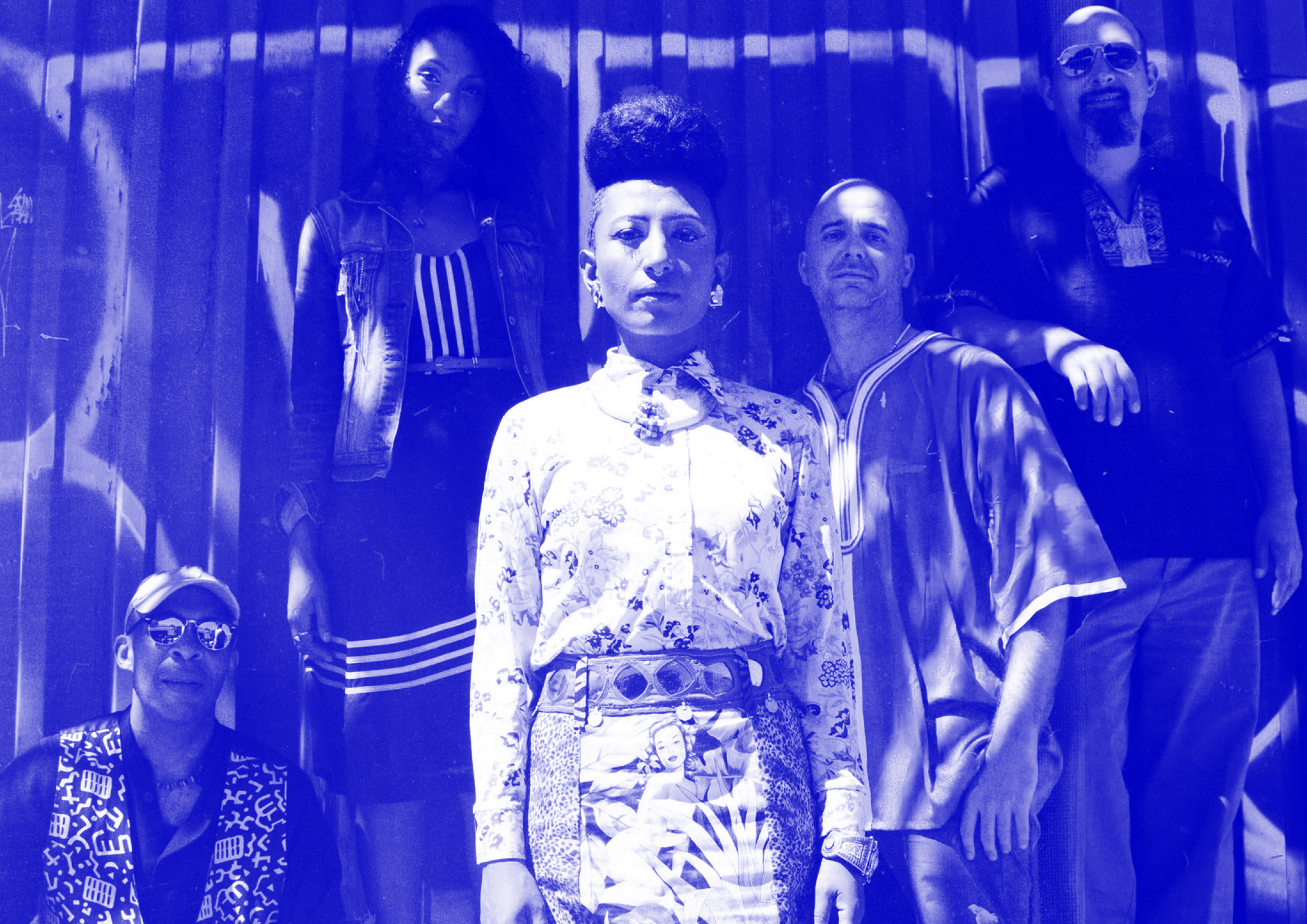