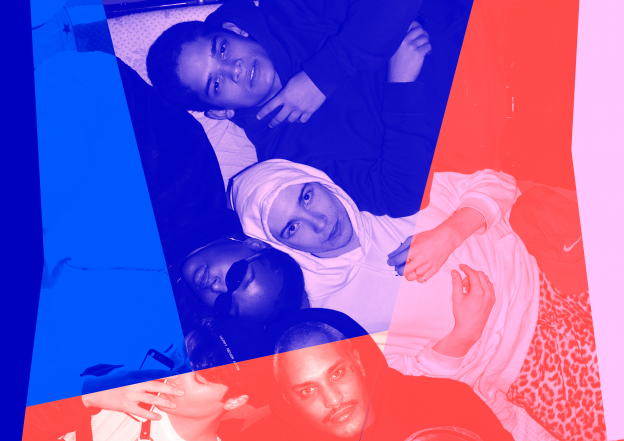 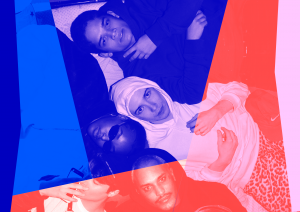 Trade Collective is many things. Club kids, producers, DJs, creators–family. Their backgrounds in the diaspora, they bonded early on in their friendship over their shared interest in music or, more precisely, the politics of today’s club music–with a desire to change it from within. With a broad variety of gigs stretching from Berlin to Toronto, the sweatiest warehouse clubs to after ski parties, they have played hundreds of gigs in the past year. With a shared agenda to change the norms of future club music, along with sharp mixes ranging from afrobeat, gqom, hip hop and reggeaton rhythms to industrial house beats, this quintet is distinguished from everything you might find on the Swedish club scene. 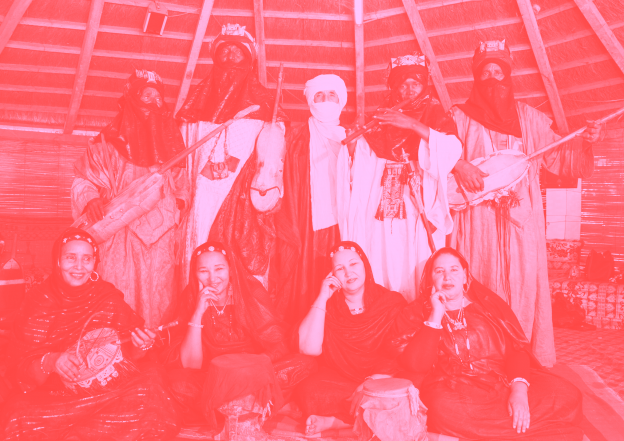 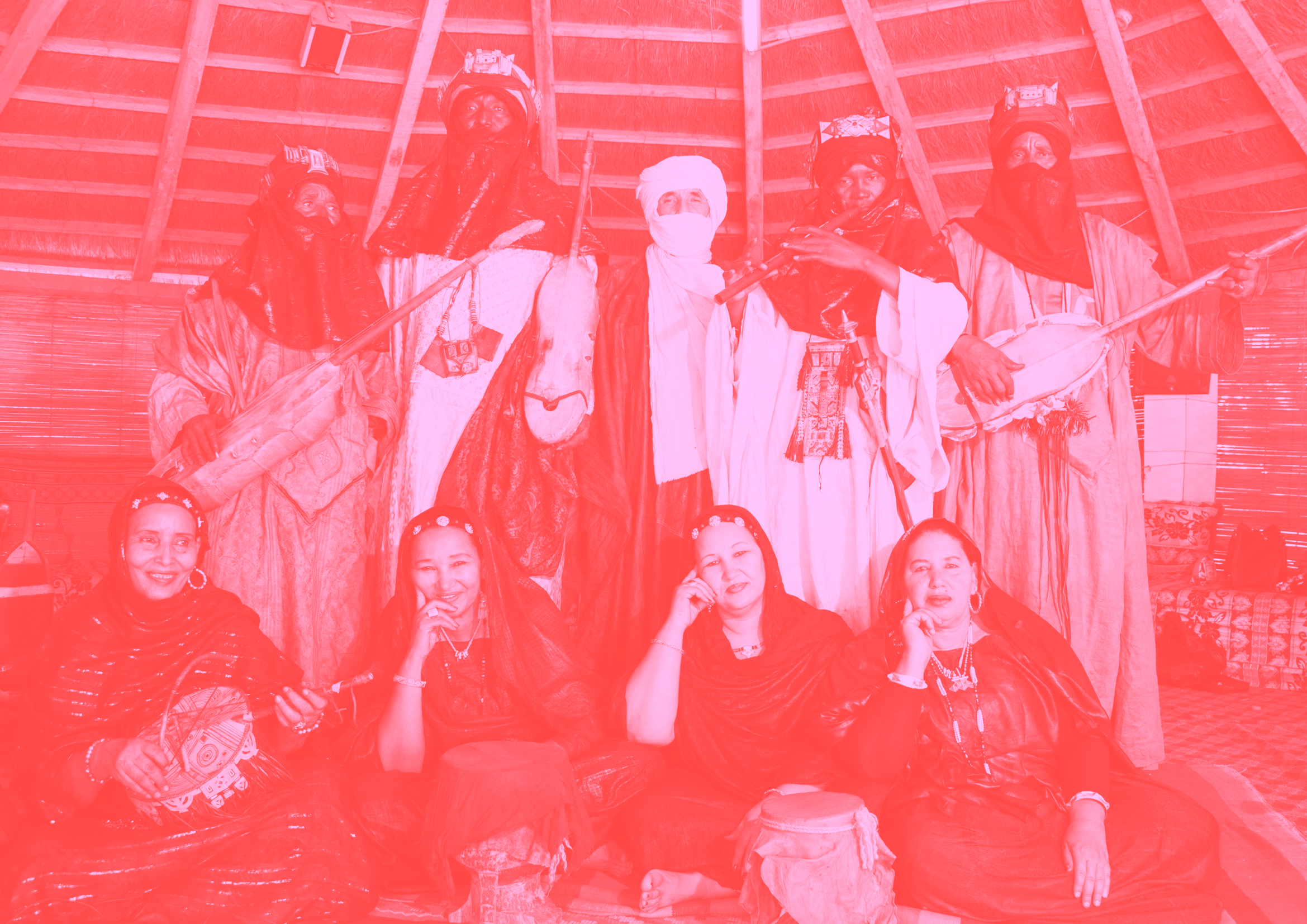 Tinde drums imitate the rhythms of a camel’s walk. Added to this are riffs on the string instrument imzad, and some funky strumming on a lute called tehardent. The serpentine music and melodic vocals merge to create a groove both familiar and hypnotic. It’s the desert blues of Mali—but unlike other superstars of the genre, Tartit is fronted by female musicians, carrying an outspokenly feminist message. They sing about divorce and women’s rights, as well as the Tuareg’s struggle in Mali for peace and democracy. Homesickness is another recurring theme on their new album Amankor / The Exile: songs indeed written in exile, while band members were forced to live in refugee camps in Burkina Faso and Mauritania because of the violent unrest in their home region of Timbuktu. 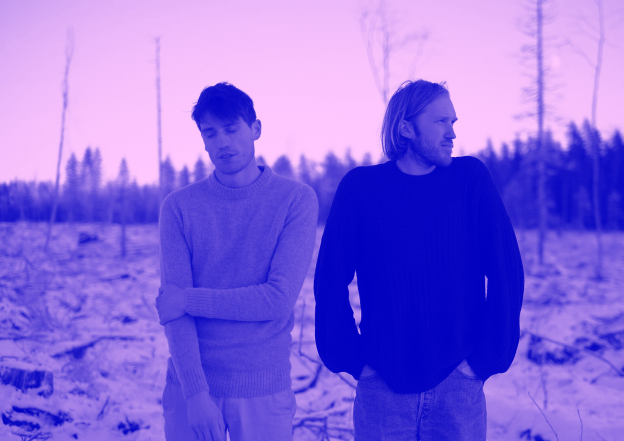 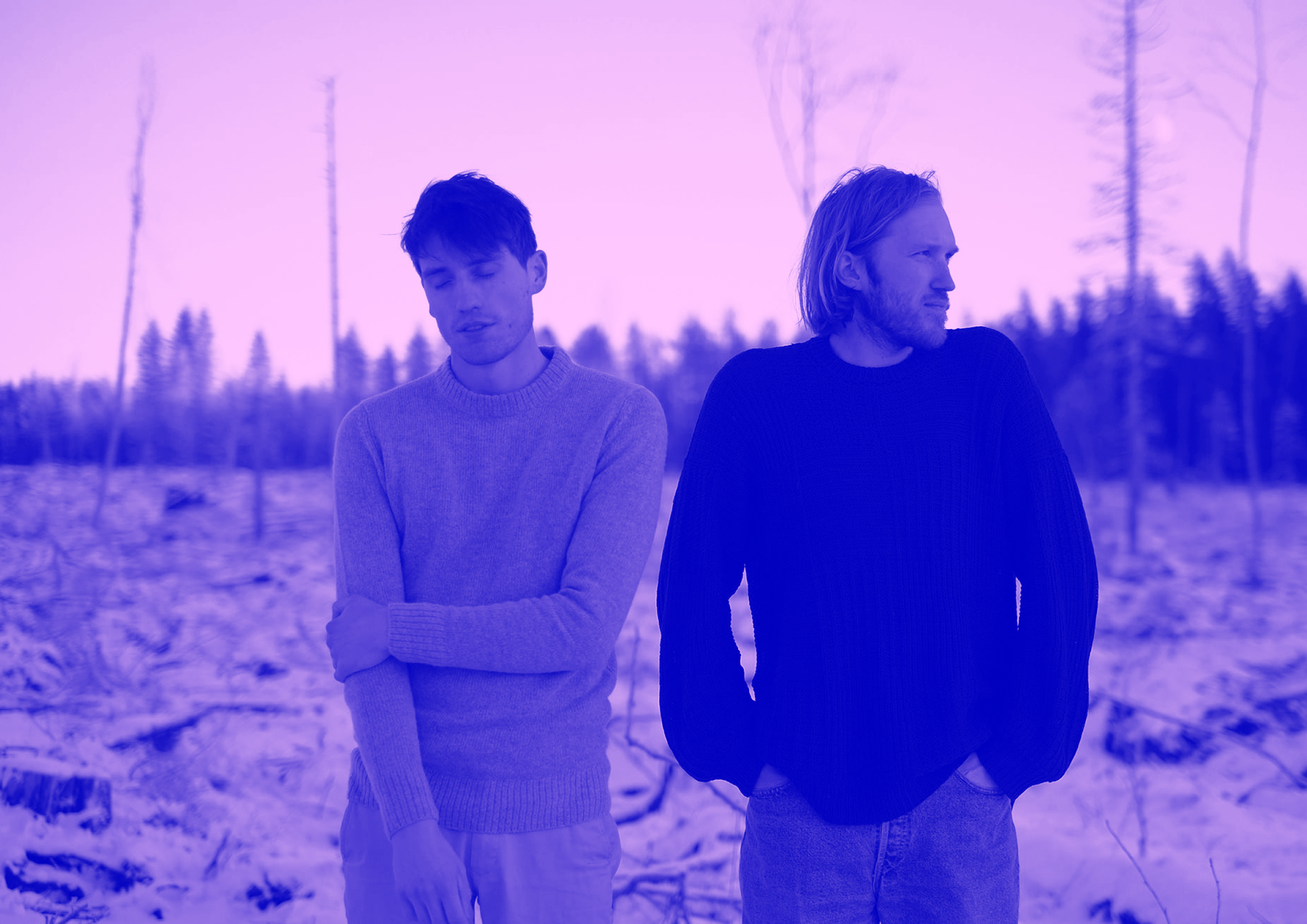 Drawing inspiration from the northern Swedish forests and mountains, Gidge sounds like a mixture of electronic and organic elements. Along with wistful voice samples and warm, fuzzy chord progressions, Gidge forges a unique sound. The duo consists of Jonatan Nilsson and Ludvig Stolterman. These two Umeå natives met at school, soon bonding over their common interest in electronic music, and started producing songs together. Twelve years on, they have released their debut album Autumn Bells, the EP För Seoul, the short film Lulin, and the mini-album LNLNN on the Atomnation label. The group won XLR8R’s prize for “Best New Artist” and has played to full houses in Amsterdam, Berlin, and London. 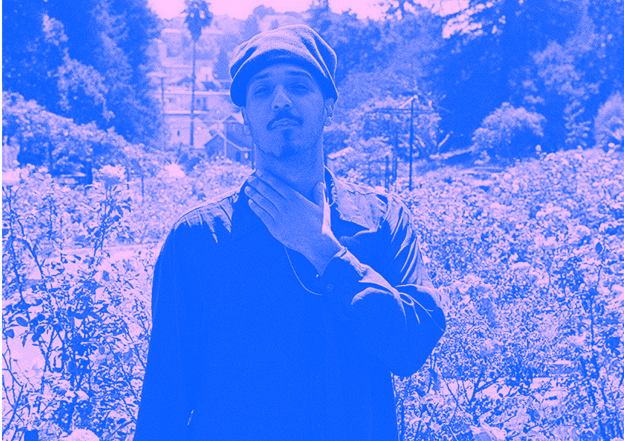 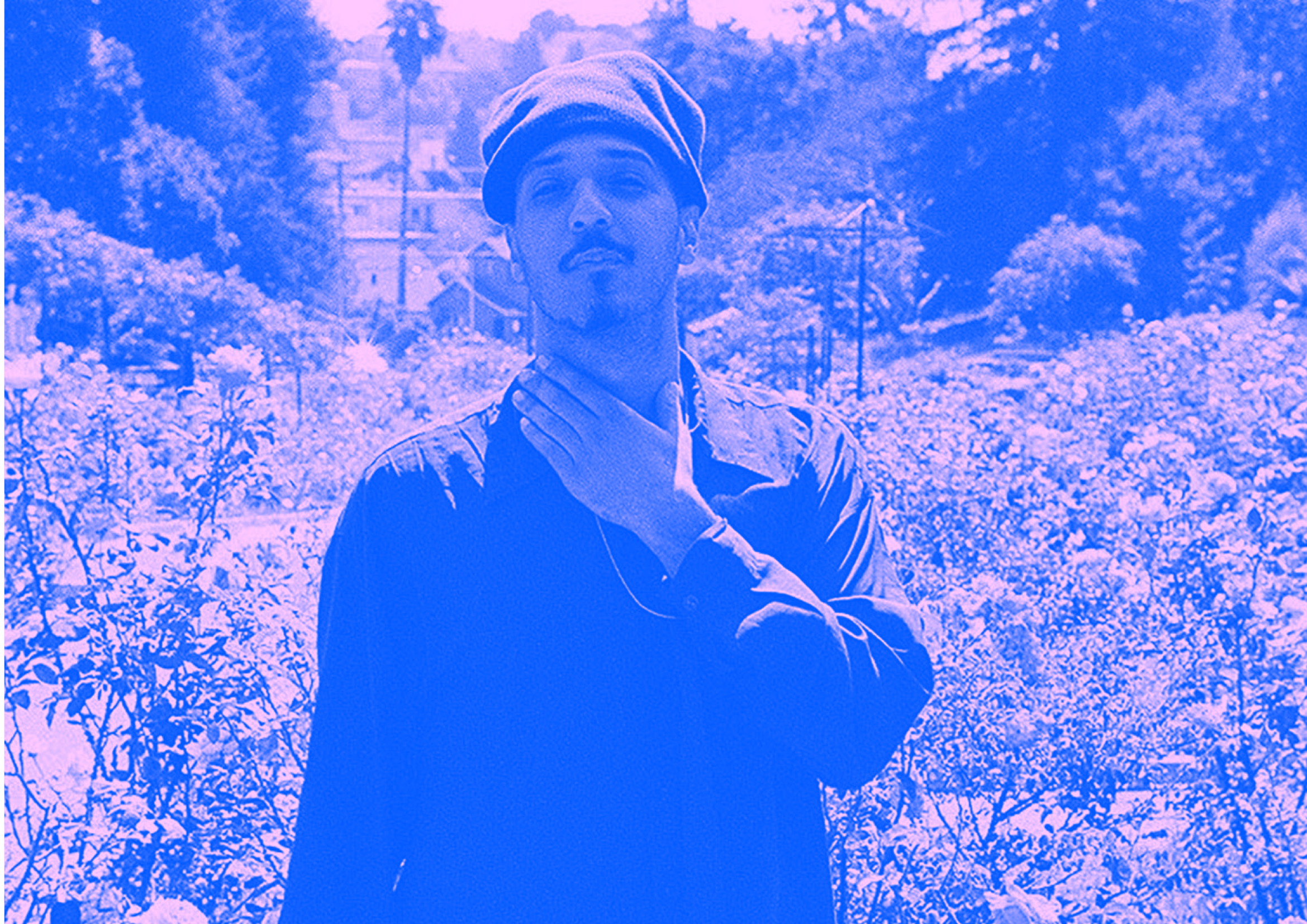 Born in the Dominican Republic, as a boy Kelman Duran moved to New York City, where he was raised on jazz and hip hop. Today, he is a musician, filmmaker, and writer. His first album 1804 Kids was a bouncy mix of reggaeton and trippy, manipulated voicework. While the title may have referred to the Haitian Revolution (1791–1804), it was first and foremost a festive music for the body, the sound of endorphins flowing. But his latest release, 13th Month, is another story. Dancehall, gqom, kuduro, and hip-hop rhythms emerge slowly from a dark netherworld of synths and echoing samples. Fragments from Notorious B.I.G’s Ready to Die blend with recordings of an activist from the Pine Ridge Indian Reservation. In parallel to his music, Kelman Duran has been working on a film about Native Americans. Introducing this theme into his music, he makes parallels between the shadow lives of those living in the reservation and those inhabiting the ghettos of the inner city. 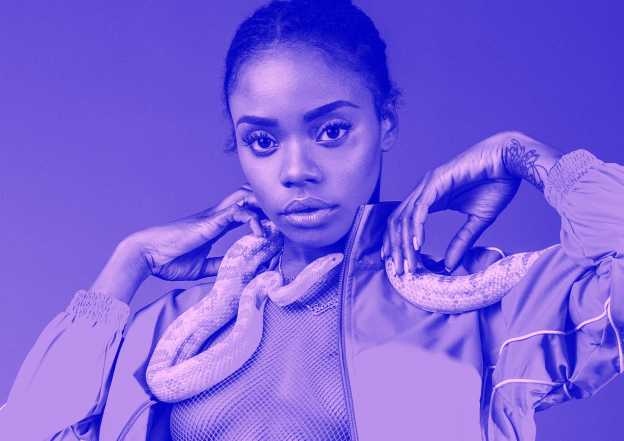 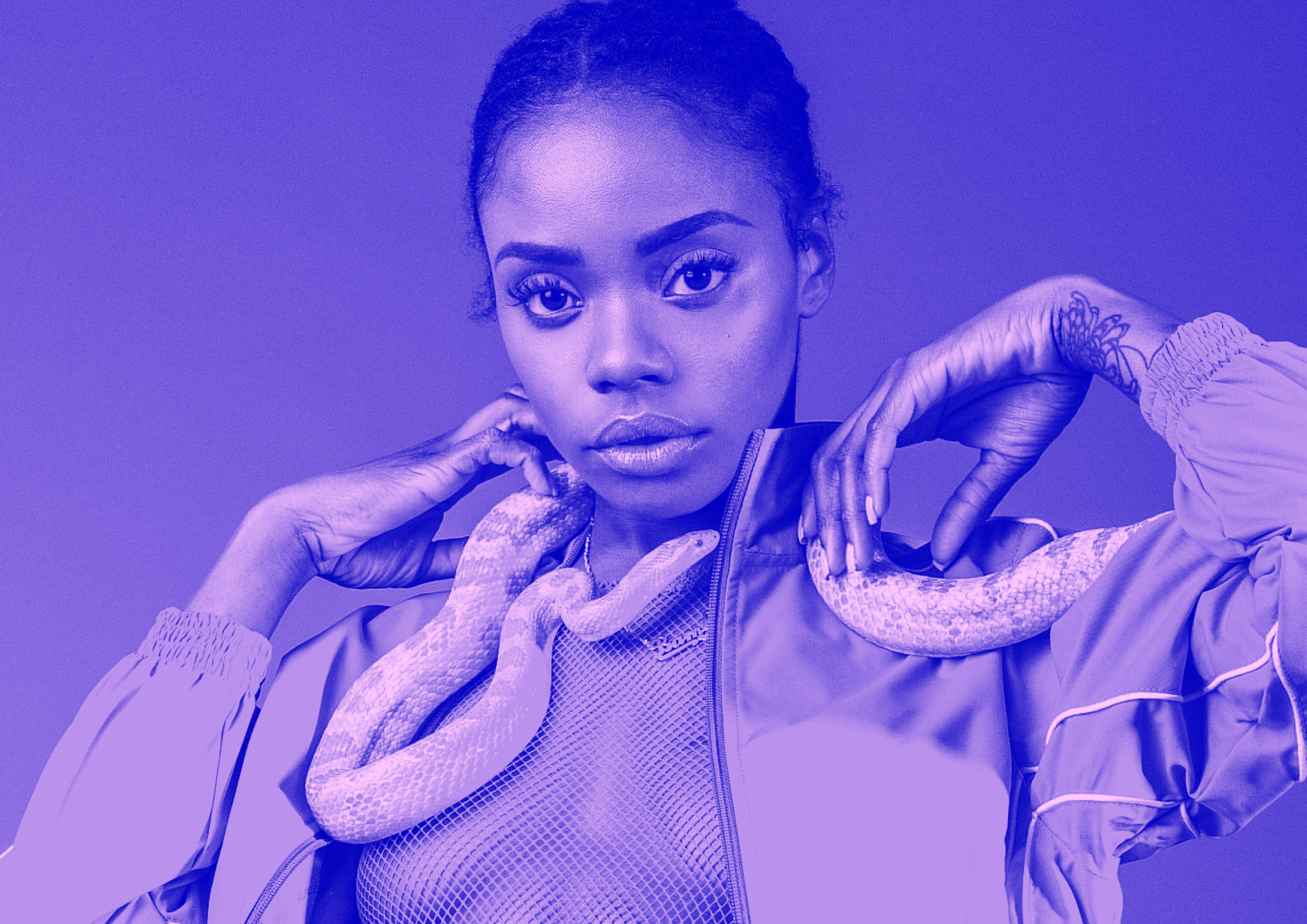 R&B, hip-hop, dancehall, trap, afrobeat, funk… it seems like no matter what genre Kirsten Azan—aka Bambii—spins, this rising Canadian DJ star manages to tie it all together into a contagious dance euphoria. In her home town of Toronto, she runs the LGBTQ-friendly club / block party JERK, on a mission to bring together party lovers from the city’s various cultural stratospheres. But in recent years, Bambii’s calendar has been filling up with gigs around the globe, both solo and as support for superstars like Snoop Dogg and Mykki Blanco. This spring, Bambii will release her debut EP filled with her own music. 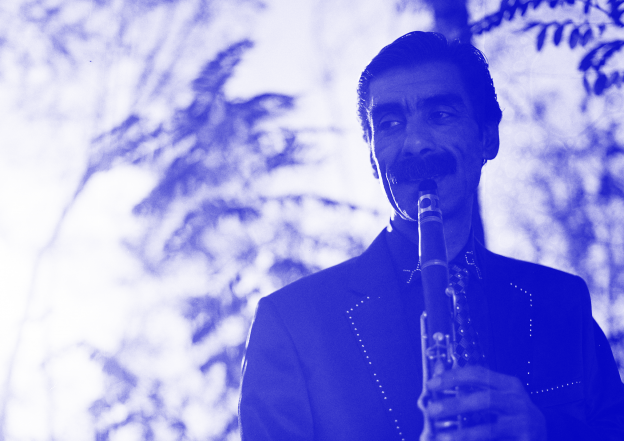 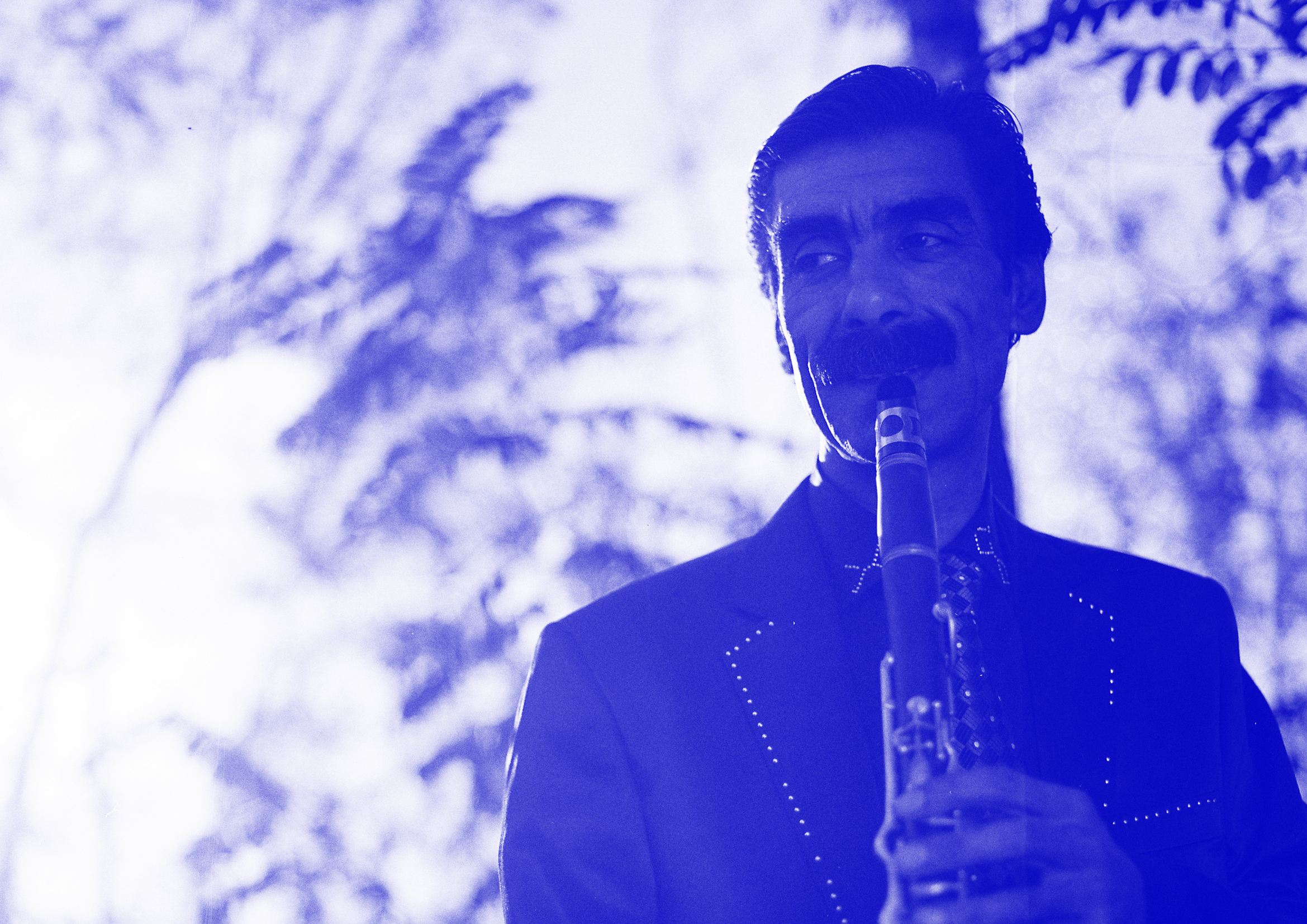 If you are lucky, you might see him playing for spare change on Istanbul’s famous pedestrian street Istiklal Caddesi. But wedding parties and circumcision ceremonies are Cüneyt Sepetçi’s real home ground. Always dressed to the nines, he is the mustachioed clarinet virtuoso taking Turkish-Roman music to the next level. Notes jump giddily out of his instrument, but when the rhythm pushes everything to a climax, Cüneyt Sepetçi can make his clarinet scream in all the right moments. He is backed by manic drum rhythms and a keyboardist who conjures up an endless stream of manneristic microtonal riffs. These are updated party versions of old Turkish and Roma melodies—but now and then Sepetçi sneaks in odd tunes like Dick Dale’s Misirlou, suavely reminding us of surfrock’s connections to Turkish music. 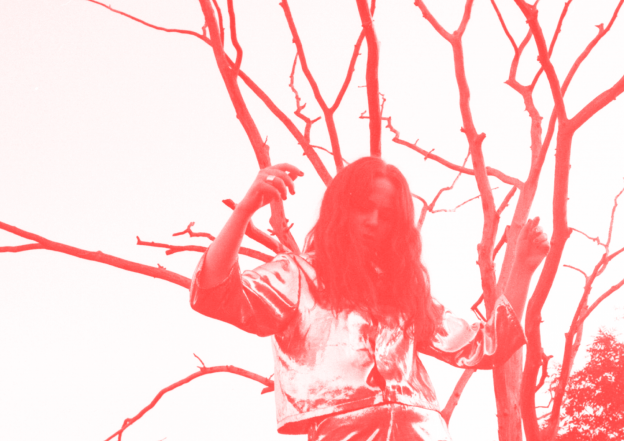 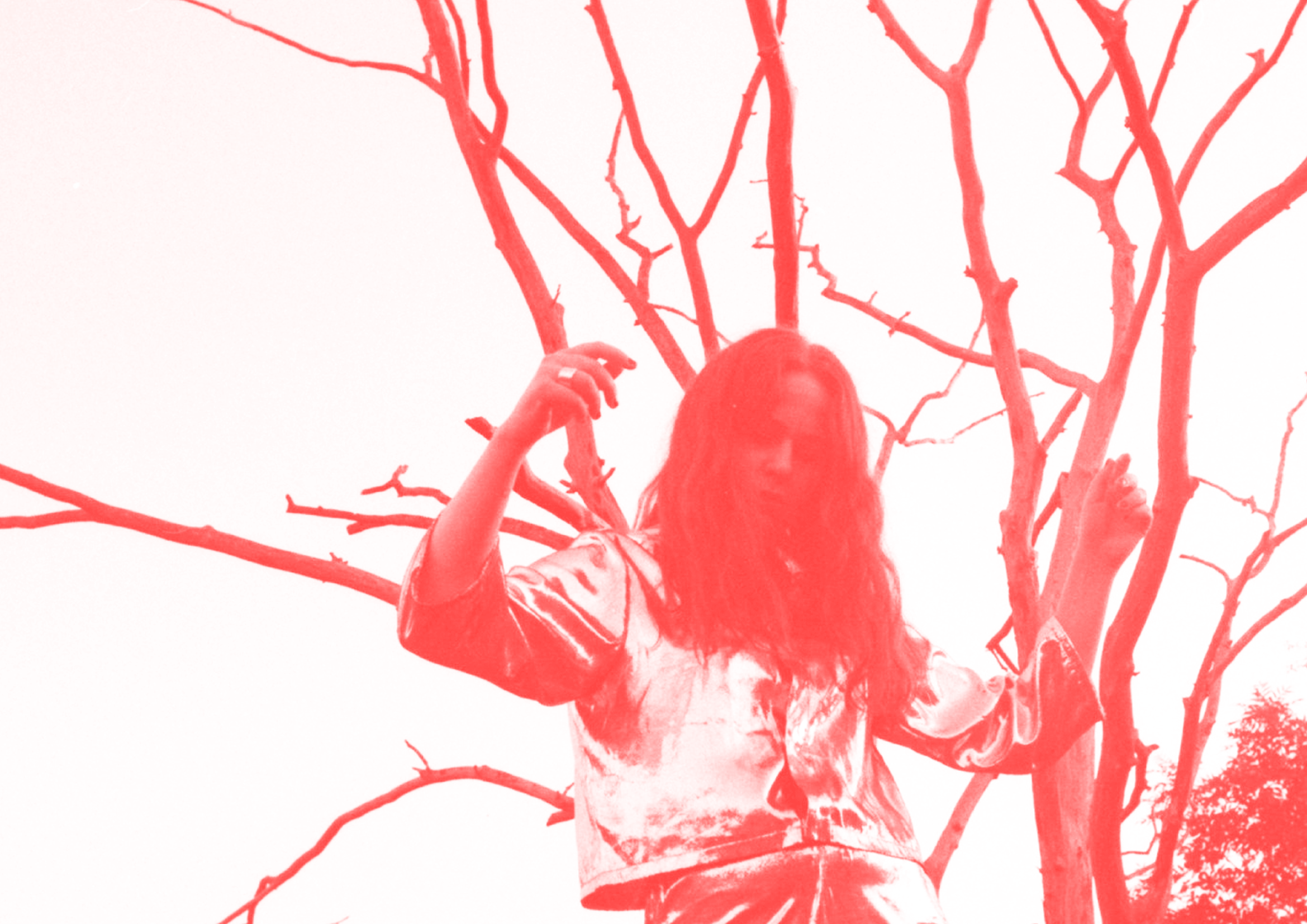 A piano, a few simple chords. A voice: “Are you coming back? I’m waiting.” Notes bubble.  It sounds as if Alice Boman is at the bottom of the ocean, enticing us to let go and sink into the depths of her sound world. A place where dreams begin. Contours are softened, a brittle saxophone swims around, and in the distance we can just about make out the ticking rim shots of a snare drum, a pulse setting waves in motion.

Alice Boman is a singer-songwriter from Malmö. Her first EP Skisser was recorded at home in her bedroom, without any thought of an official release. Since then, she has produced a number of EPs and singles which have received critical acclaim in, among others, The New York Times, Billboard, and KEXP. Her music can also be heard in TV series such as Transparent and Suits, and in the movie Paper Towns. 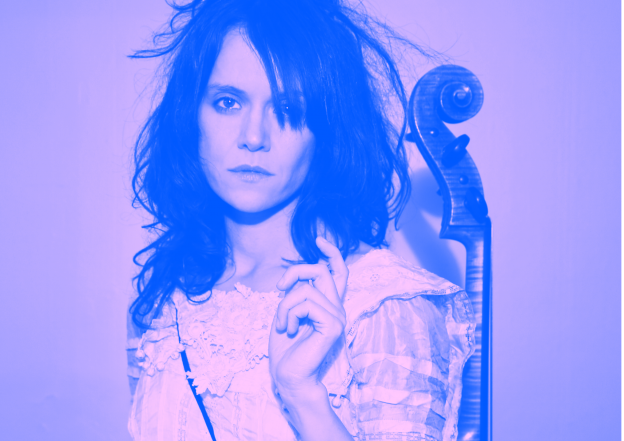 Her musical journey began in earnest with the experimental pop group Mùm. She left the band to continue her cello studies, graduating with Master degrees in both classical music and improvisation. Since then, Gyða Valtýsdóttir has created music for film, art installations, dance performances, and collaborated with musicians such as The Kronos Quartet, Josephine Foster and Damien Rice, as well as artist Ragnar Kjartansson. At Clandestino Festival, she will play her own compositions from her latest record Evolution. The album was nominated for the Nordic Music Prize and won album of the year in the Icelandic Music Prize. 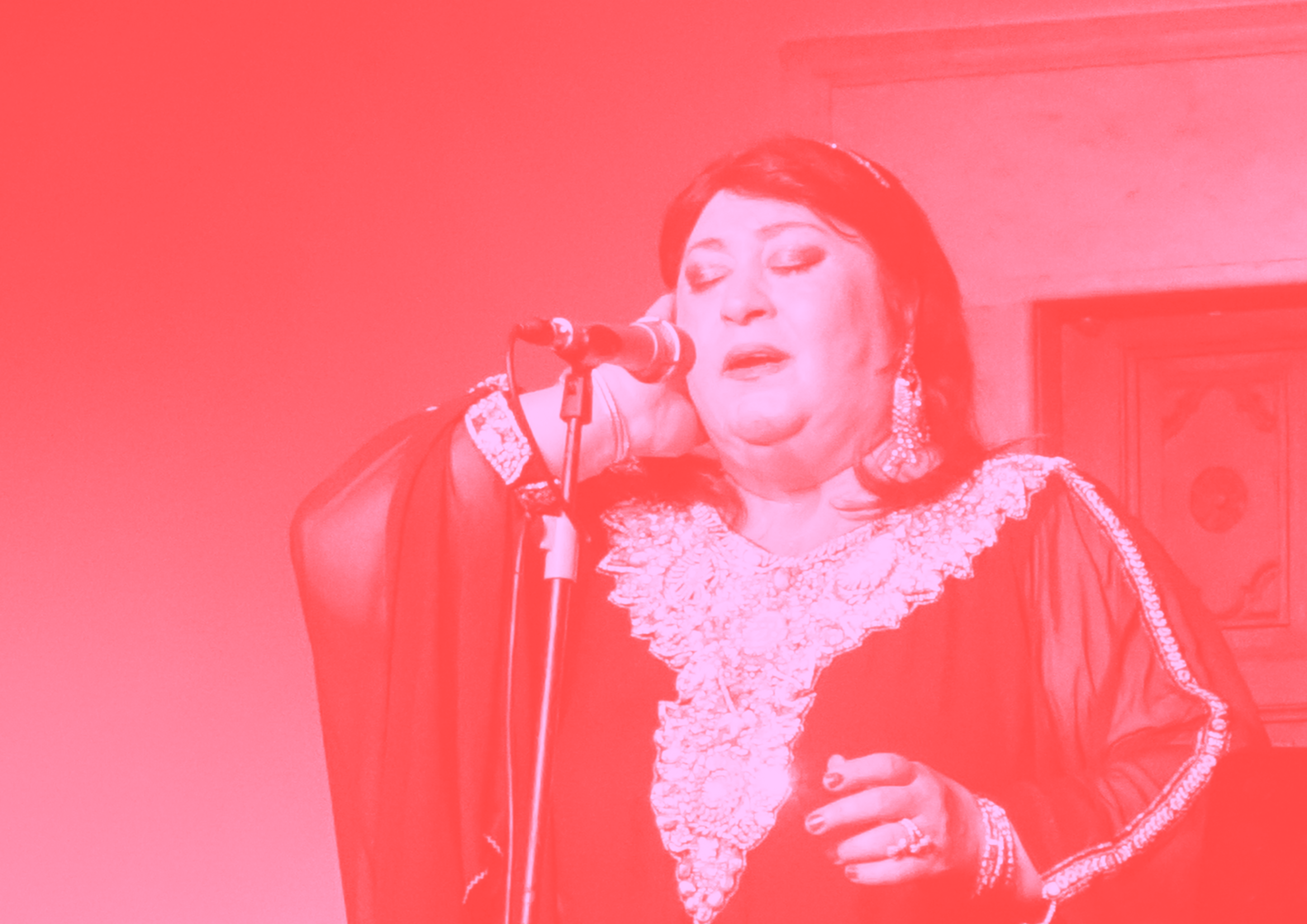 Maqam: a centuries-old music tradition from the Middle East. Musicians devote their lives to mastering complex improvisations, often on bowed and string instruments, tambourine, and t drum. The real virtuoso is usually the singer, almost always male. So it’s doubly unlikely that today, while Maqam languishes in Iraq, a woman living in the Netherlands has emerged as its biggest star, even earning the title The Mother of Maqam. Farida Mohammad Ali grew up in Karbala, a city where women were allowed to become musicians, and was encouraged by her parents to follow her dreams. She studied under masters such as Munir Bashir, Hussein El Hazami, and her husband Mohammed Gomar, who currently plays in her group. After moving to Utrecht, Farida Mohammad Ali started the Iraqi Maqam Foundation to pass on both the music and the Arabic and Iraqi poetry that is such an integral part of Maqam. 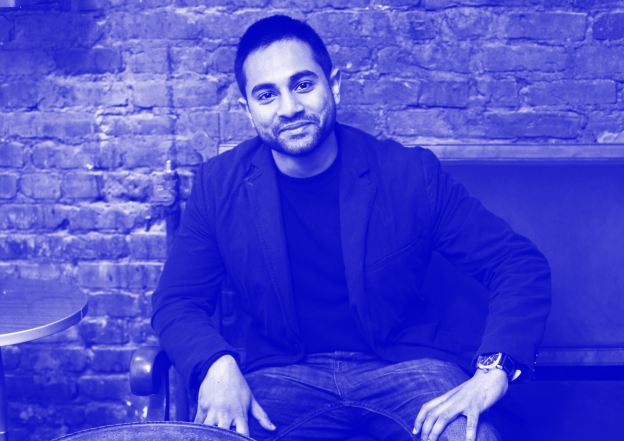 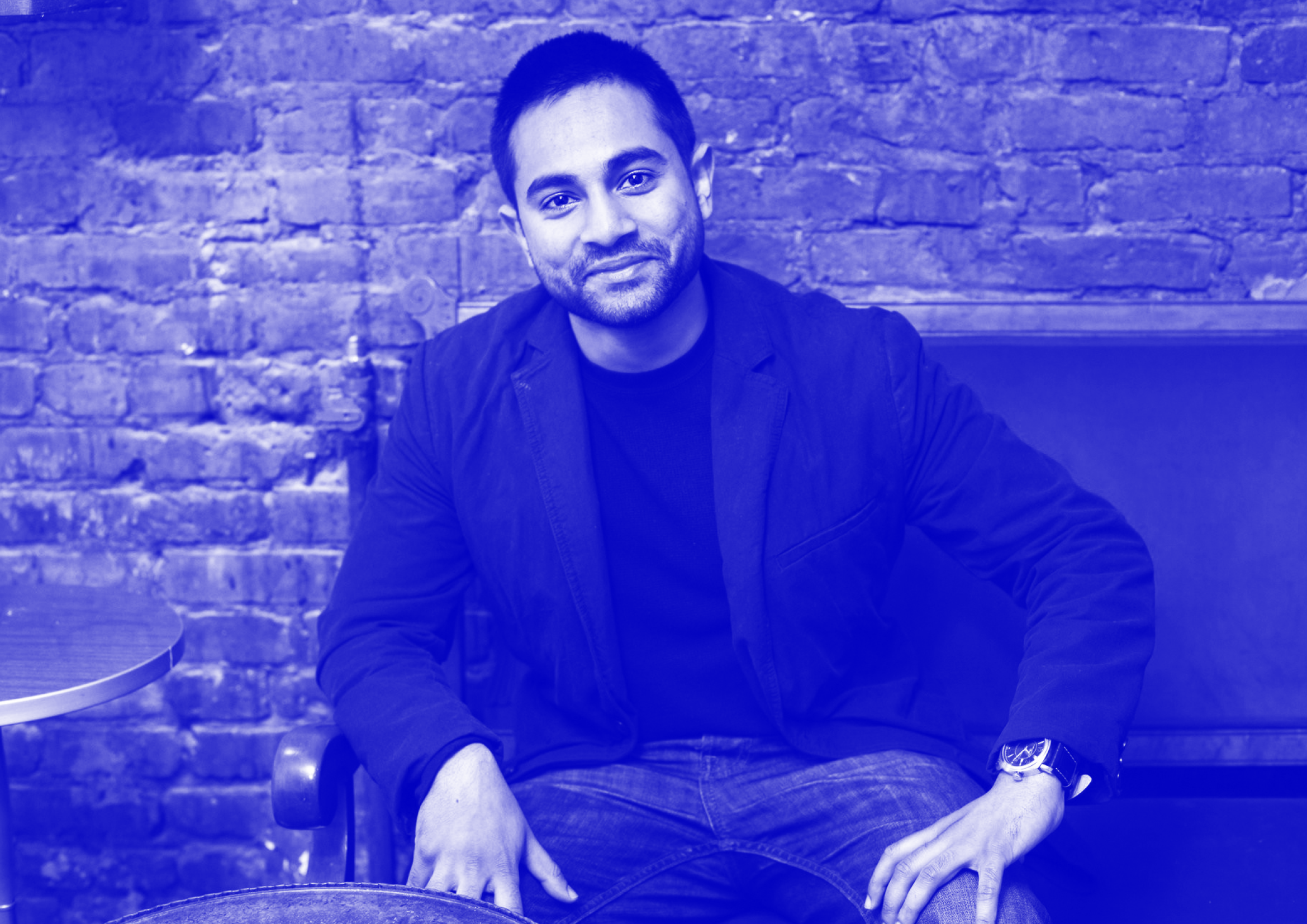