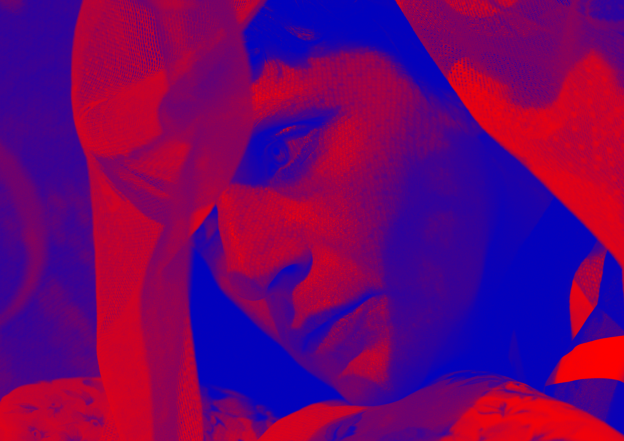 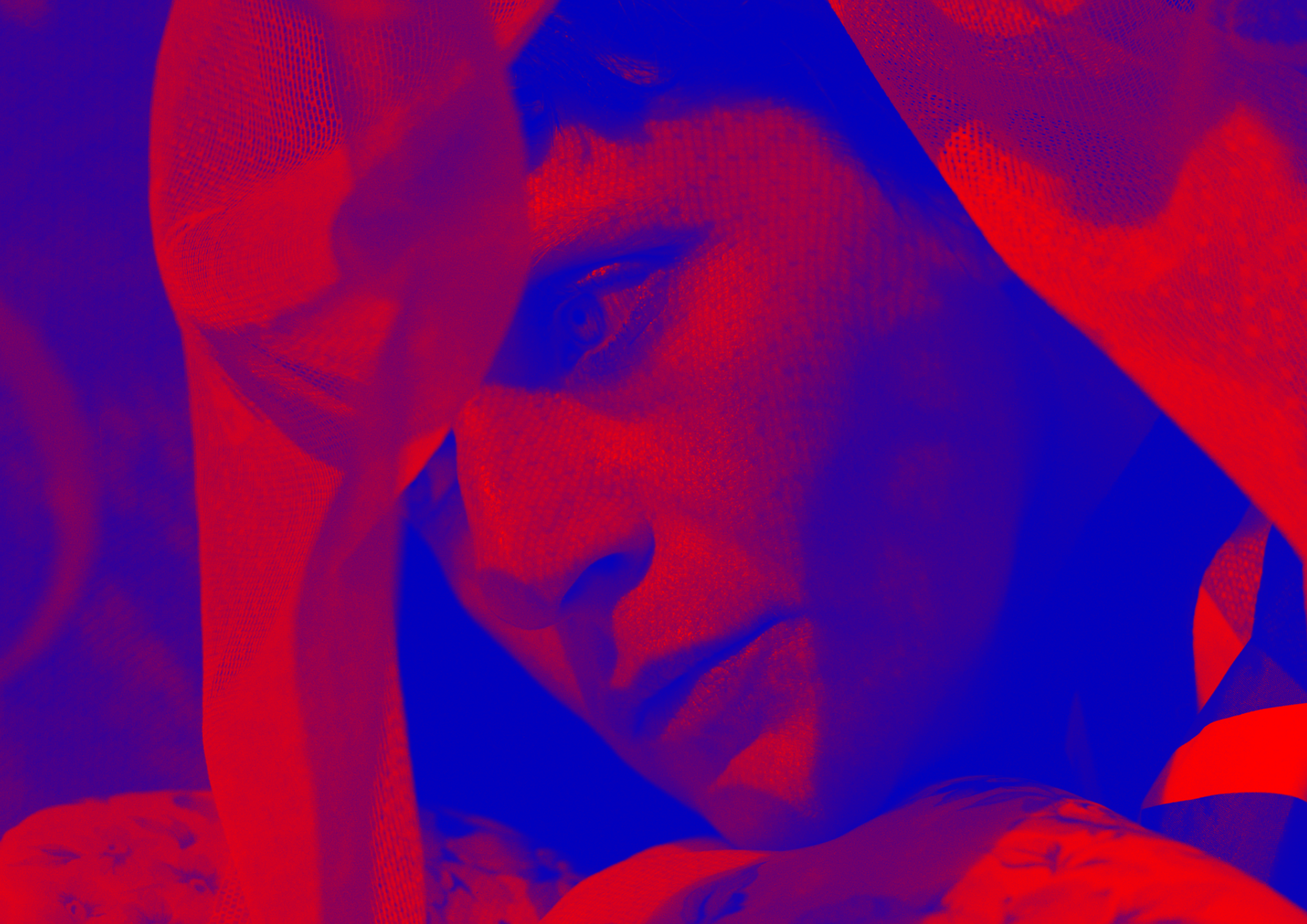 Clandestino Festival proudly presents a concert where El Sistema meets three of Sweden’s most interesting artists. El Sistema was founded in Venezuela as a music school where children and young people in poor areas learn to play classical music. Sweden’s first El Sistema operation was started in 2010 in Hammarkullen through a collaboration between Angered’s kulturskola and the Gothenburg Symphony on the initiative of star conductor Gustavo Dudamel. Today, El Sistema is found in large parts of Sweden and around the world, but it is the very same El Sistema in Angered whose students make up the two orchestras in this one-off concert: the symphonic orchestra Los Angered and the hard-swinging Burnstein Orchestra. A total of fifty-nine pupils aged 9–19 will share the scene with El Perro del Mar, José González and Mariam The Believer, who choose a series of gems from their repertoires. 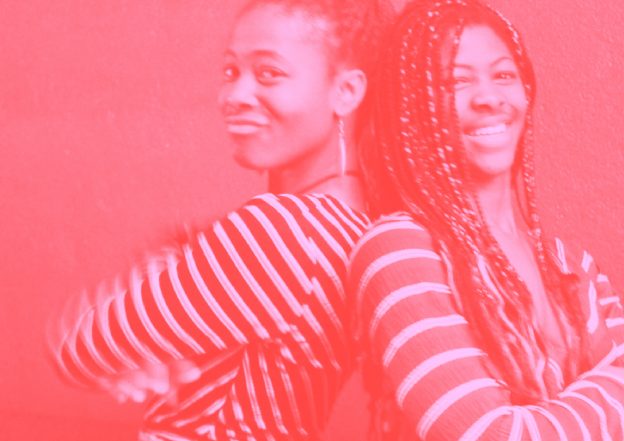 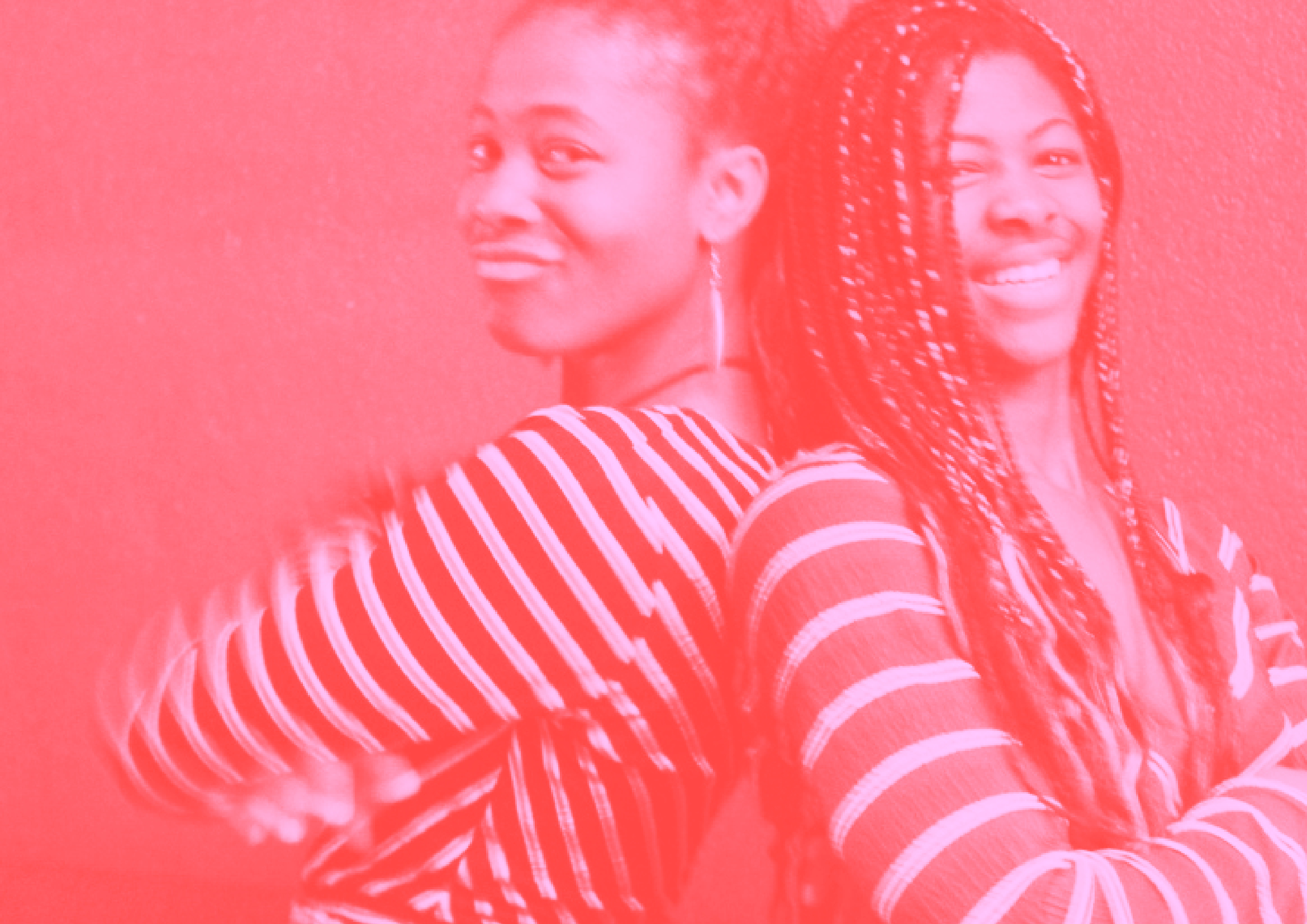 The sisters Melissa and Ophelia Hié grew up in a family of musicians. Early in their lives, they learned the music and dance of their family’s homeland of Burkina Faso, taught by their older brother and father. More specifically, they learned the music from the Turka culture, a small minority group of around 50,000 people. As the sisters started out as performers in their home town of Bordeaux, their interpretation of Turka music naturally began to be colored by urban beats, which can be heard as a mild flavoring. Les Sœurs Hié focus on the two-harmony singing and the polyrhythmic sounds of djembe drums and the balafon—a kind of West African marimba with traditions going back thousands of years. While a marimba normally consists of wood and metal, the balafon instead employs calabash fruits as resonators, providing its unique sound. Tones flow like drops of water in an interaction so tight that probably only the bonds of sisterhood could create it. 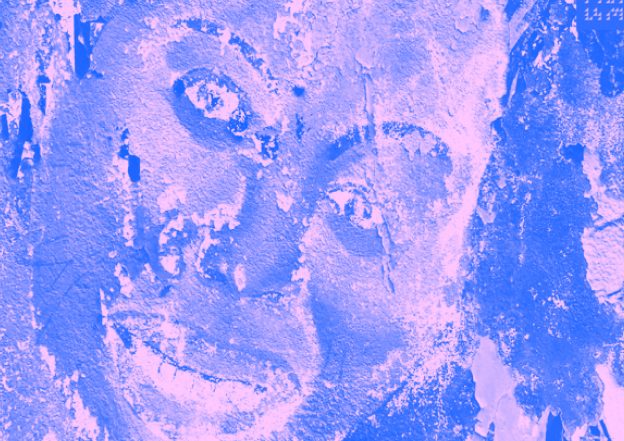 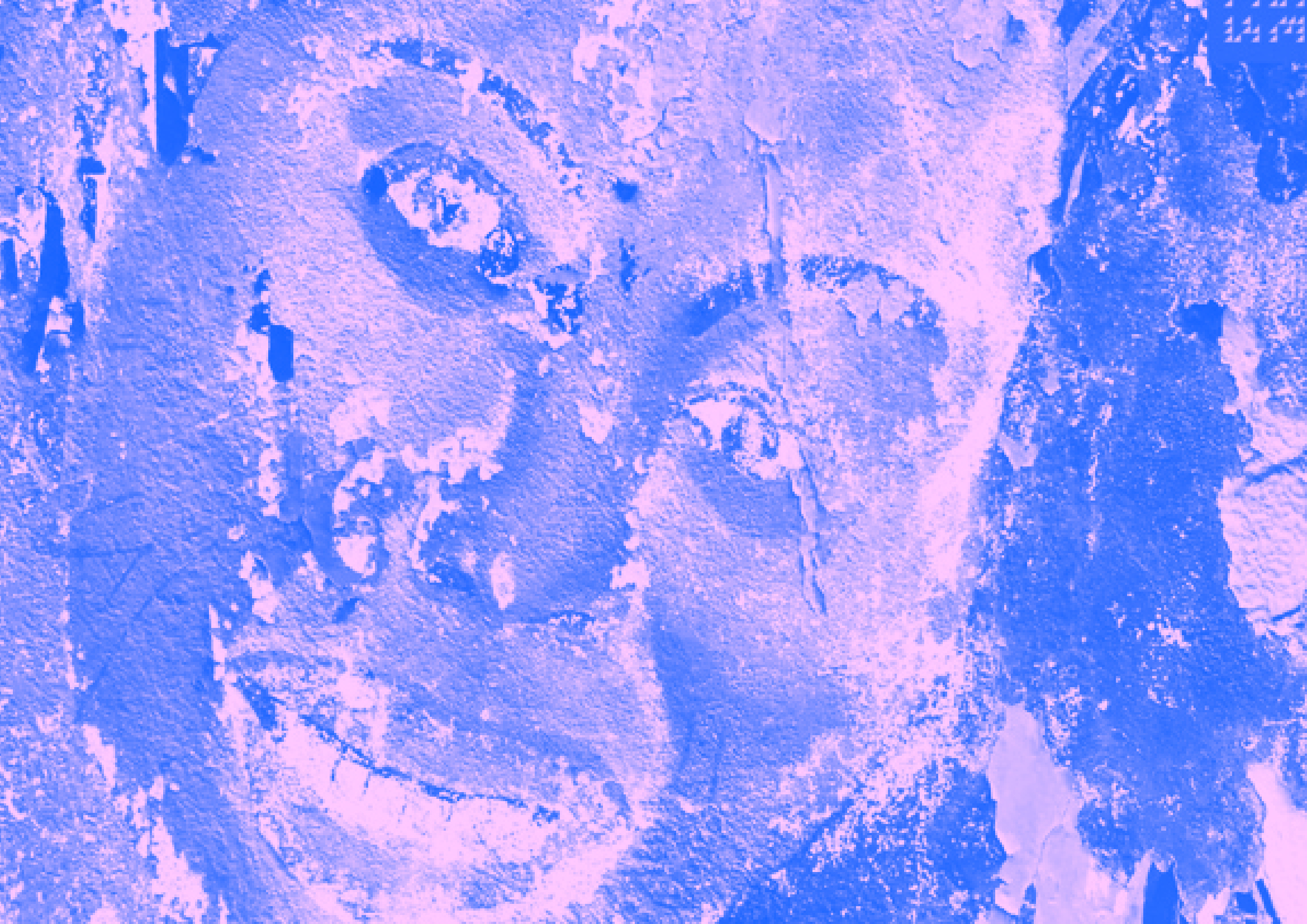 Jay Mitta is one of the producers from the now legendary Sisso Studios in Dar es Salaam. His debut album Tatizo Pesa was released by Nyege Nyege Tapes from Uganda—currently one of the world’s hottest labels for dance music. Thanks to their compilation Sounds of Sisso, European dance floors have also begun to vibrate to singeli rhythms. Hard, trashy, and above all fast: With tempos between 180–300 BPM, you would be hard pressed to come up with a more maxed out sound. The music is often crafted using rudimentary software, which has enabled a boom of new producers hailing from Dar es Salaam’s shanty towns. Singeli has also recently taken on the Tanzanian mainstream culture, with both poppy versions heard on the radio, and more raw variations—Jay Mitta included—where rap replaces the melodic singing. 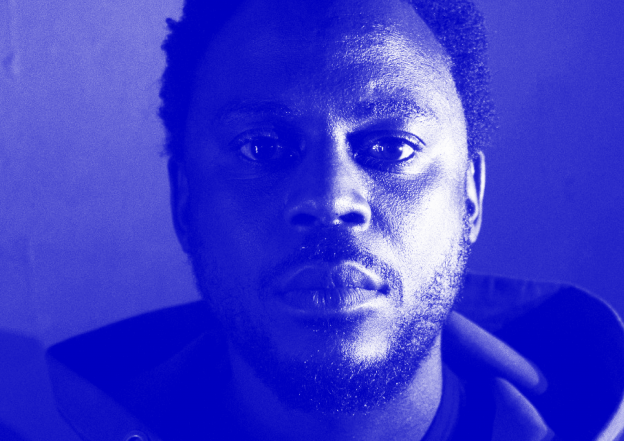 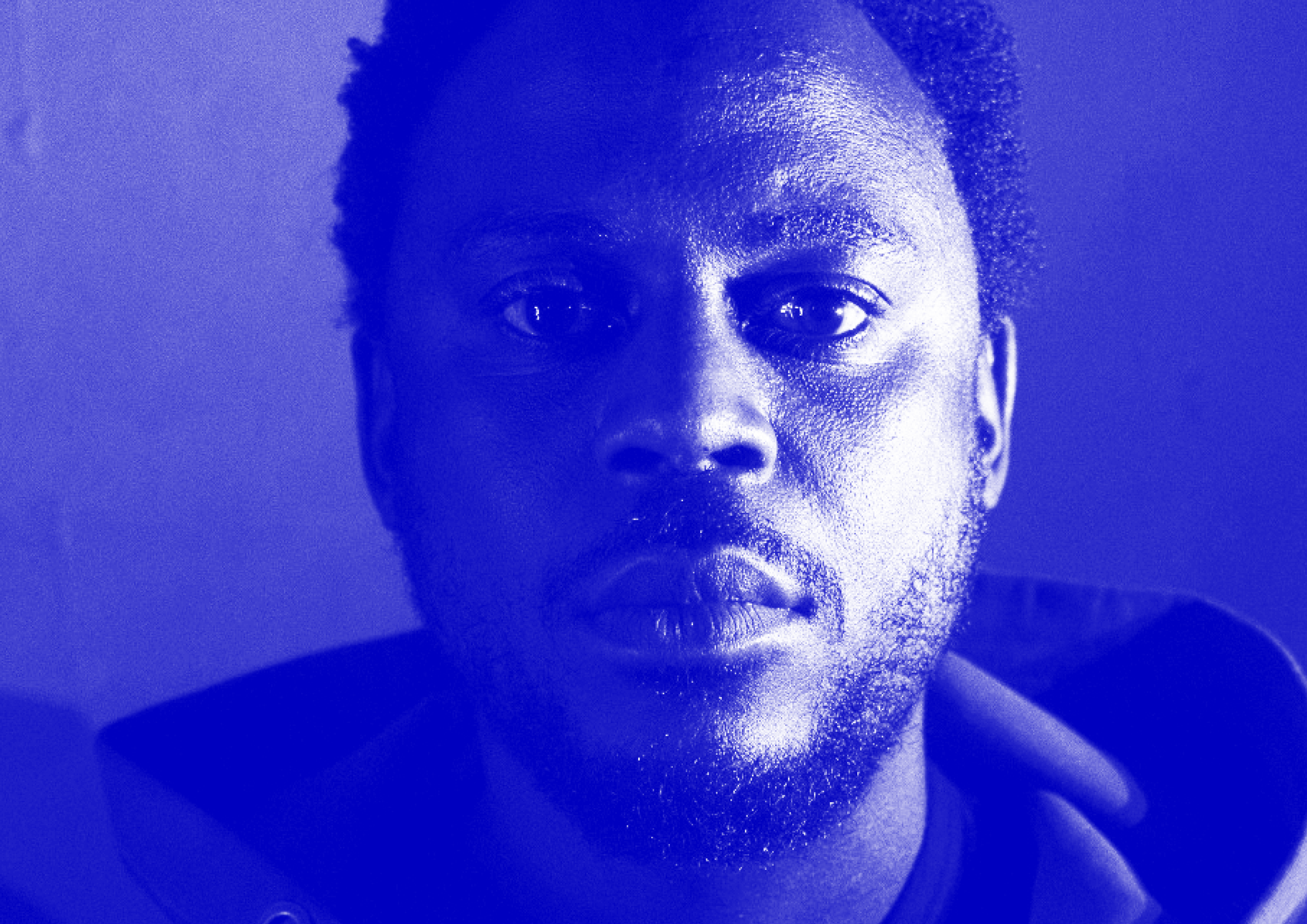 Heavy hip hop beats meet ethnographic sound collages in the music of DJ Raph, one of the most exciting new names on the African experimental dance music scene. His debut album Sacred Groves was created while an artist in residence at the University of Bayreuth, Germany. He was attracted to the picturesque Bavarian city due to its extensive archive of field recordings from colonial Africa. The plan was to use sound fragments from the past to create a kind of pan-African future music, cutting, pasting, and looping drum rhythms, wind instruments, and ritual singing from across the continent. But not just instruments—even the noise found in the old field recordings becomes a musical element in DJ Raph’s hypnotic patchwork of clubby dance rhythms. 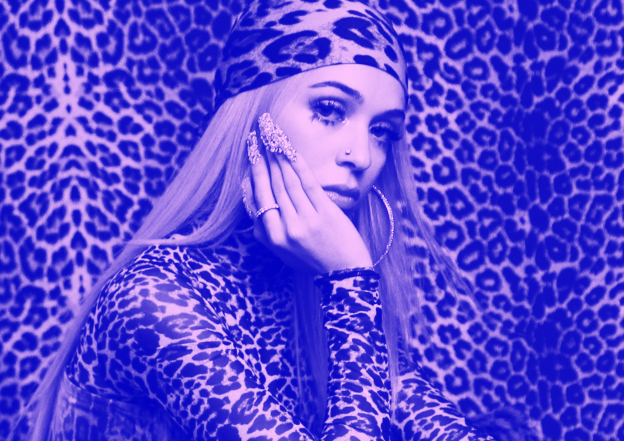 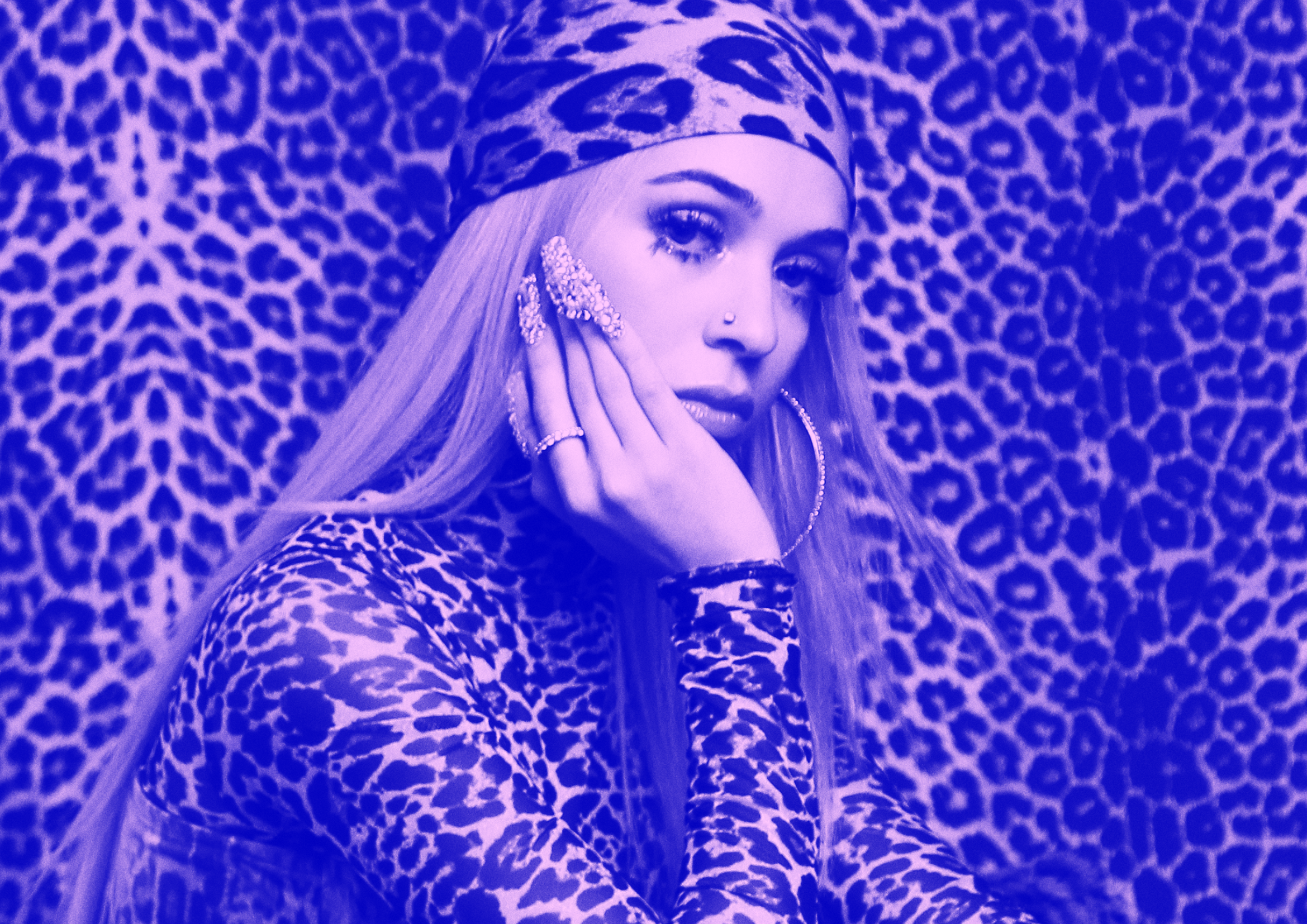 22-year-old Bad Gyal’s route to world domination has been unlikely, to say the least. Born Alba Farelo, she grew up in Vilassar de Mar, near Barcelona. Newly enrolled at university and working part time at a call center, her life suddenly changed thanks to a hastily made video uploaded to YouTube, in which she interpreted Rihanna’s megahit Work in her characteristic mix of English, Spanish and Catalan. Millions of views led Spanish radio to pick up the track, and several more penned by Bad Gyal herself. Singing about sex and partying, her melancholy blend of reggaeton, dancehall, and trap has become the soundtrack for a new generation of party-goers on the Iberian Peninsula—and soon the rest of the world—hungry for dance and a good snog. She has most recently released a couple of mixtapes, followed by her first single Jacaranda which has been named the best song this year by Fact Magazine. 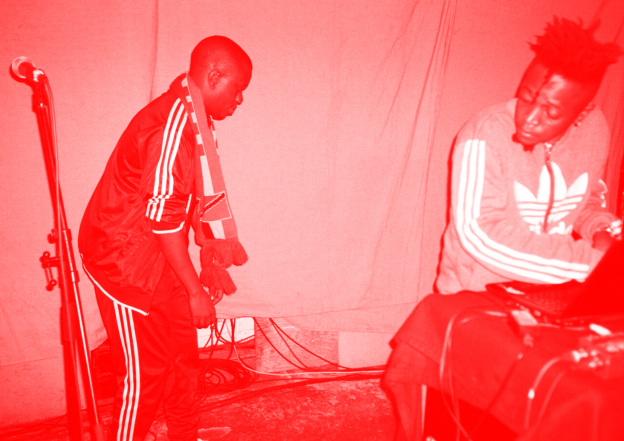 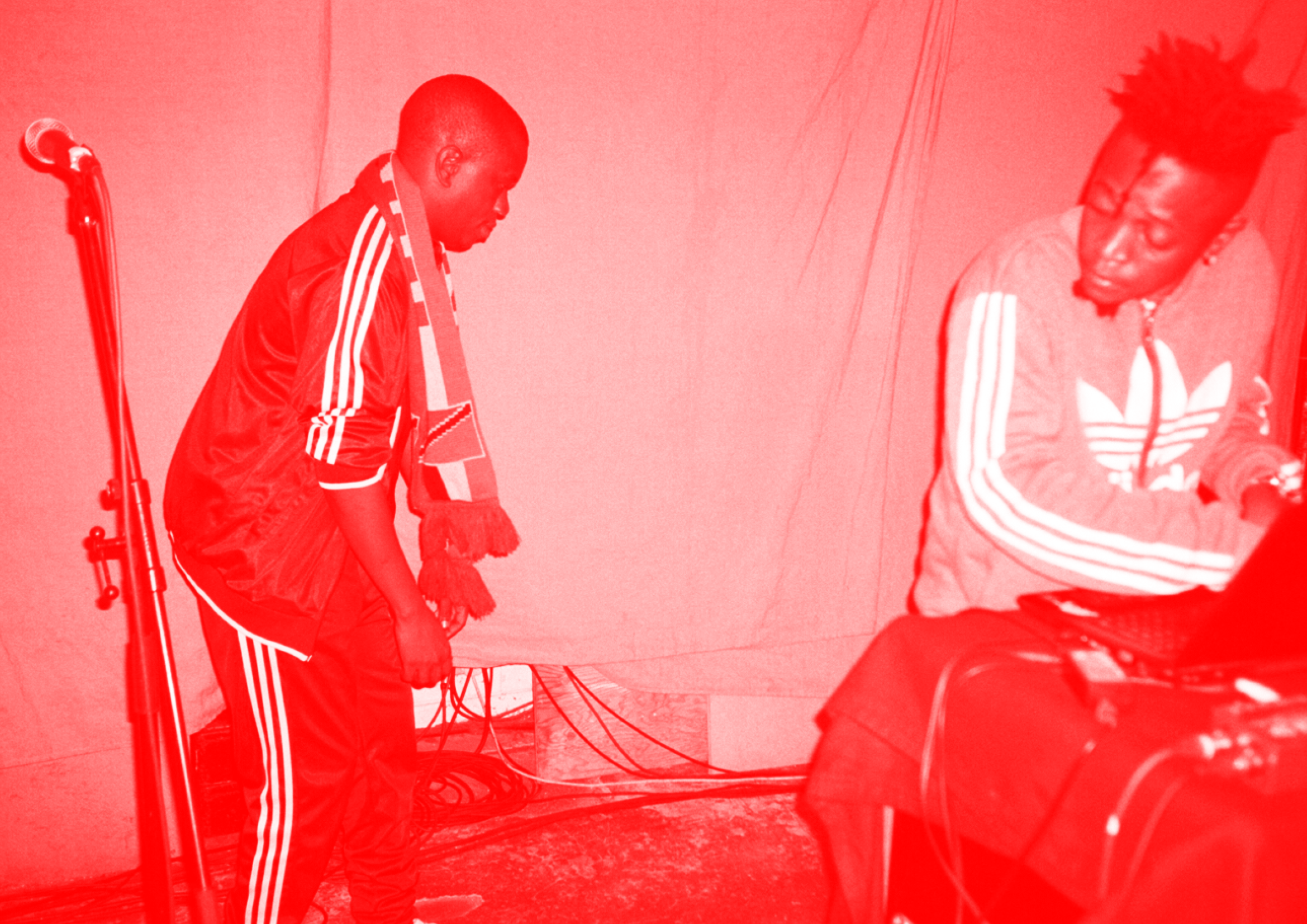 Tanzania currently boasts one of Africa’s most innovative scenes for electronic music. Along with Jay Mitta (also performing at this year’s edition of Clandestino Festival), Bamba Pana is a driving force within Dar es Salaam’s hottest collective, Sisso Studios—and is one of the pioneers of Singeli, the electronic dance music style dominating East African dance floors. His album Poaa (Nyege Nyege Tapes, 2018) got reviewers on both sides of the Atlantic excited, with one writer calling it “music for a new kind of humanity.” Teaming up with MC Makaveli, Bamba Pana delivers one of the most intense variants of Singeli: Razor sharp synth attacks looped at hyper-speed while digital rhythms buzz incessantly. You might even call this punk music—played on rusty machines from the future, in a steamy backyard in Dar es Salaam… and Gothenburg. 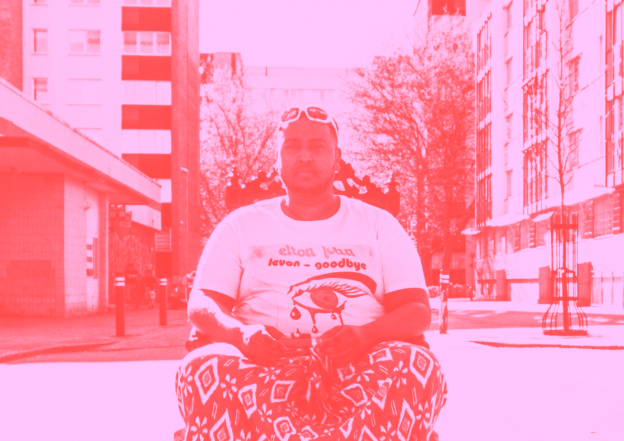 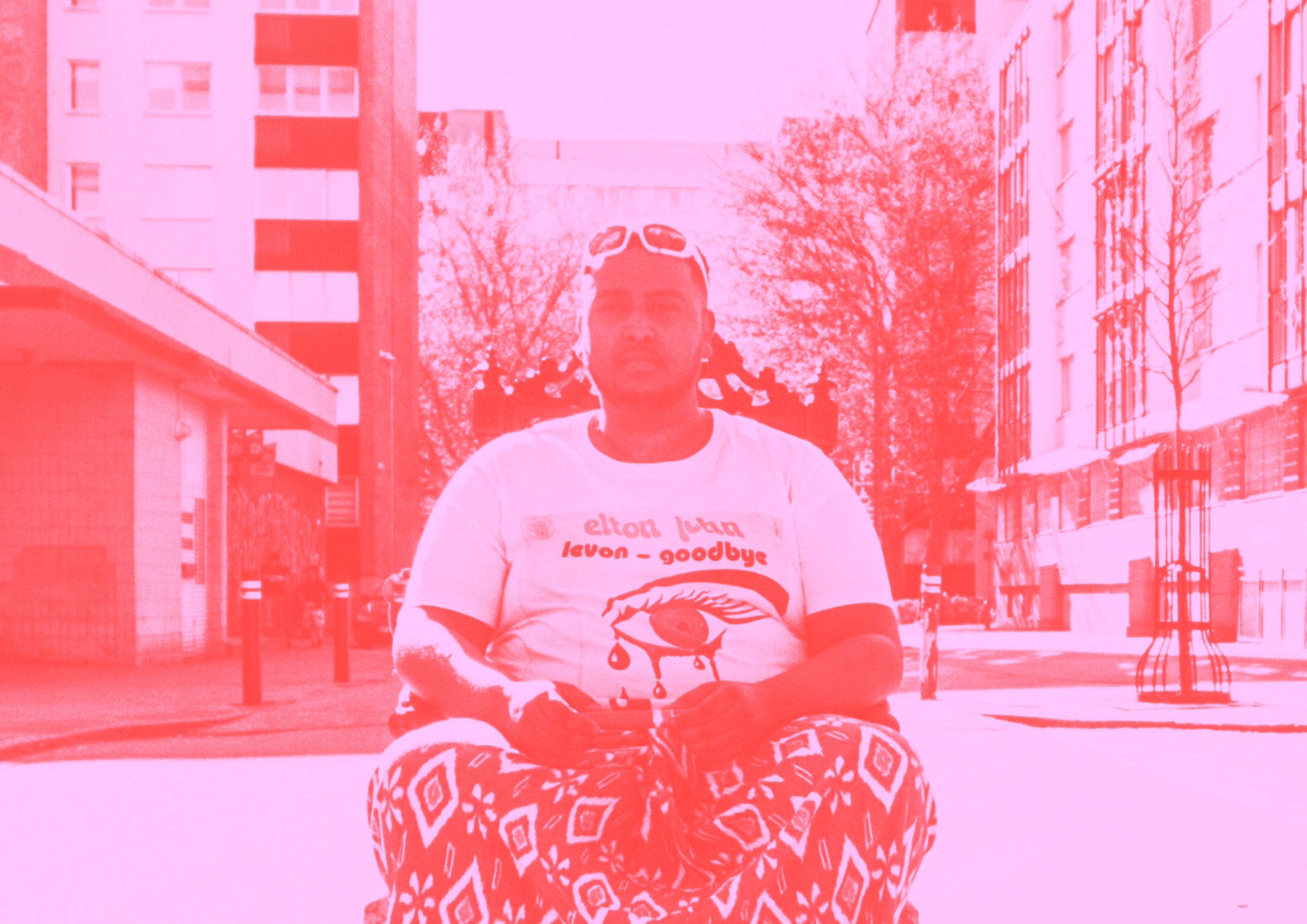 There’s been plenty of buzz around Osman “Ozzy” Maxamed ever since his guest appearance with Kartellen. He was only 19 at that time. Seven years later, his long-awaited debut album Ett öga rött arrived, named after Jonas Hassen Khemiri’s novel. Ozzy was shortlisted for the P3 Guld award and no less than three Swedish Grammis awards in 2019, and was generally praised as king of the new, dirty Malmö sound. Producer Durimkid delivers hard beats without any unnecessary decorations on the tracks. Ozzy’s unpretentious style reflects that he has been writing ever since he was a kid. His words take us back to his childhood. Just five months old, he came with his five brothers and mother from Somalia, where his father was killed in the war before Ozzy’s birth. He raps about being bullied in school, referring to himself as a “fat black fatty”. But from time to time, he also depicts life in his neighborhood Rosengård as bright and gleeful. 2019 is undoubtedly Ozzy’s year, but the young rapper looks further ahead: he is here to stay. 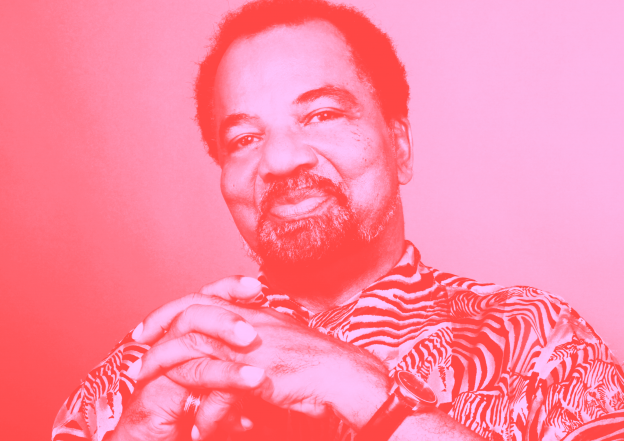 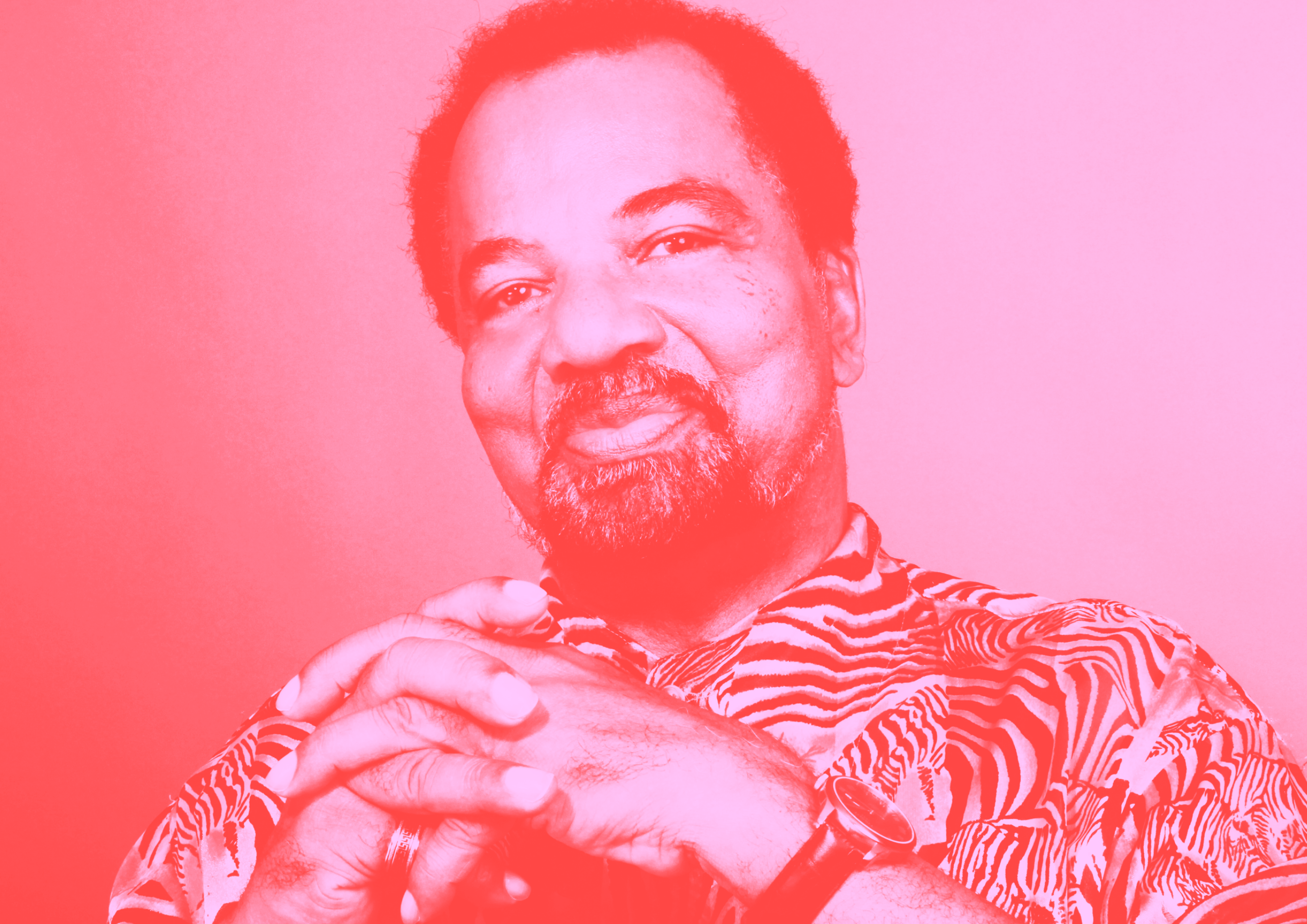 He is known as the king of semba, the frantic dance rhythm of Angola. But as a young man, Bonga was the fastest runner in the entire Portuguese empire. In his hometown, the capital Luanda, the colonial pressure cooker was about to explode. When Bonga was sent to competitions around Europe, he took the opportunity to contribute to the struggle for liberation by helping build a secret international network. The police were closing in on him though, and he was soon forced to go underground in Rotterdam, where he focused on his true passion, music. Despite being banned, his debut album Angola 72 became a big success and a milestone in semba music. He had a worldwide hit with his coarse interpretation of Sodade, an old ballad from Cape Verde about a migrant’s homesickness, a song later popularized by Cesária Évora. As independent Angola deteriorated into corruption and civil war, Bonga continued to criticize the rulers through his music. Today, this 76-year-old legend keeps on running: he tours frequently and recently released an album in collaboration with Lisbon’s electrokuduro producer número um, Batida. 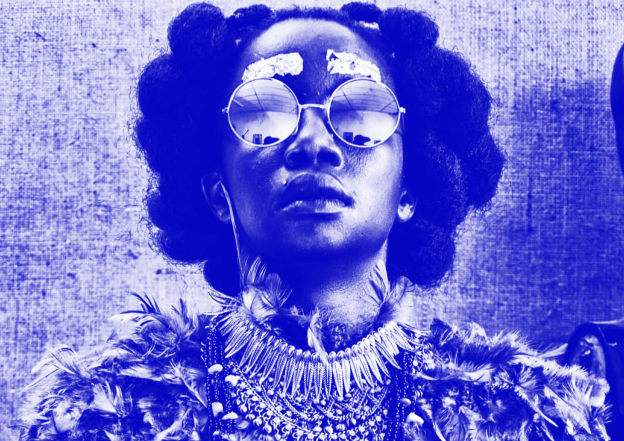 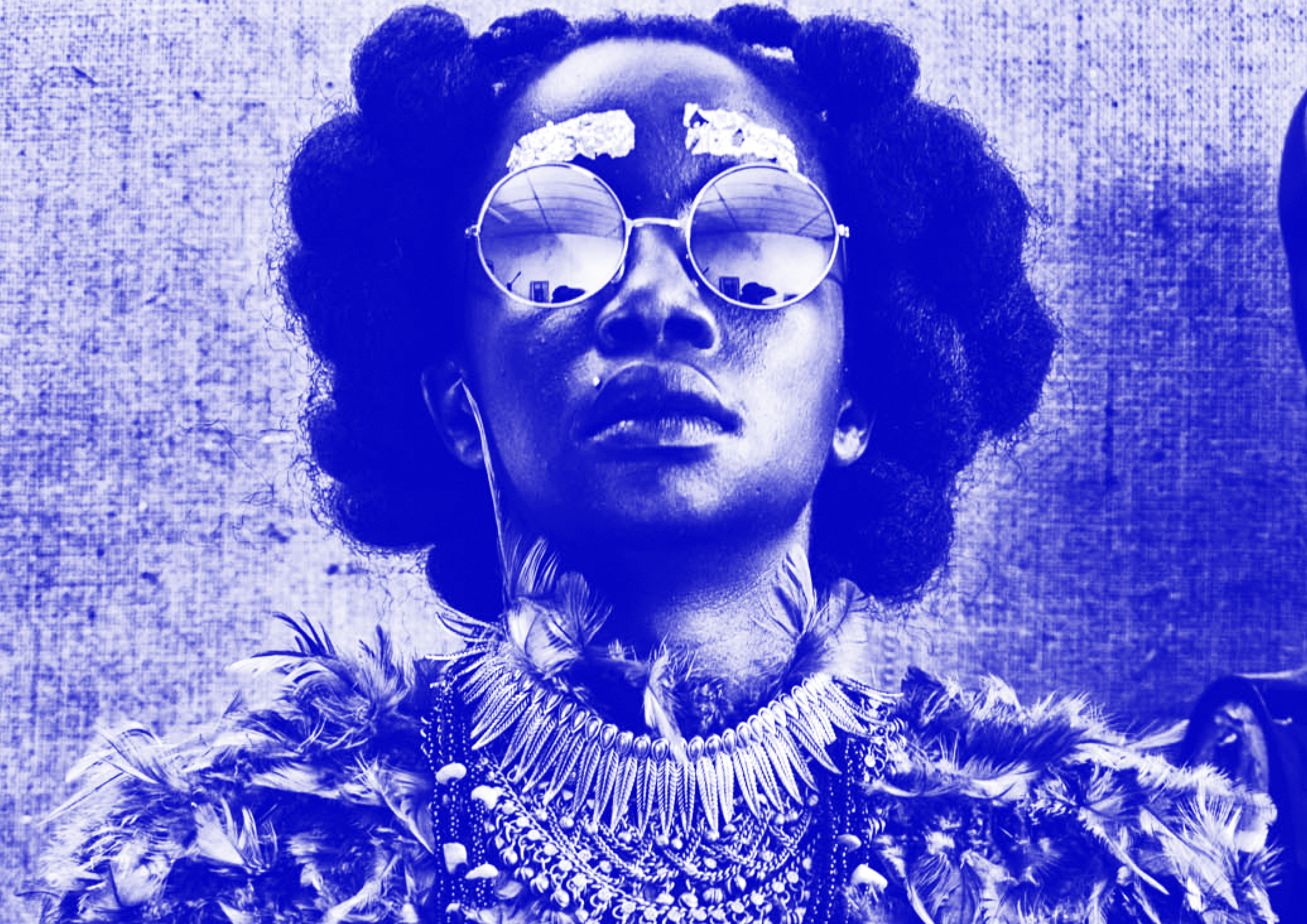 One of the hottest new names on Uganda’s dance music scene is the DJ, activist and writer Kampire Bahana. She is one of the core members of the Nyege Nyege collective, who arrange festivals and parties for those with curious ears as well as alternative lifestyles. The collective also releases East African outsider music on the label Nyege Tapes. Born to Ugandan parents, Kampire grew up in Zambia’s copper belt, a place that gathered miners from near and far. There she soon discovered music and culture from all over the African continent, which would inspire her DJ sets: Kampire blends modern and traditional styles into an irresistible pan-African dance party. Tropical bass, kuduro, South African house, soukous and afrobeat … powerful, bass heavy music that won’t settle until everybody’s butt is shaking. 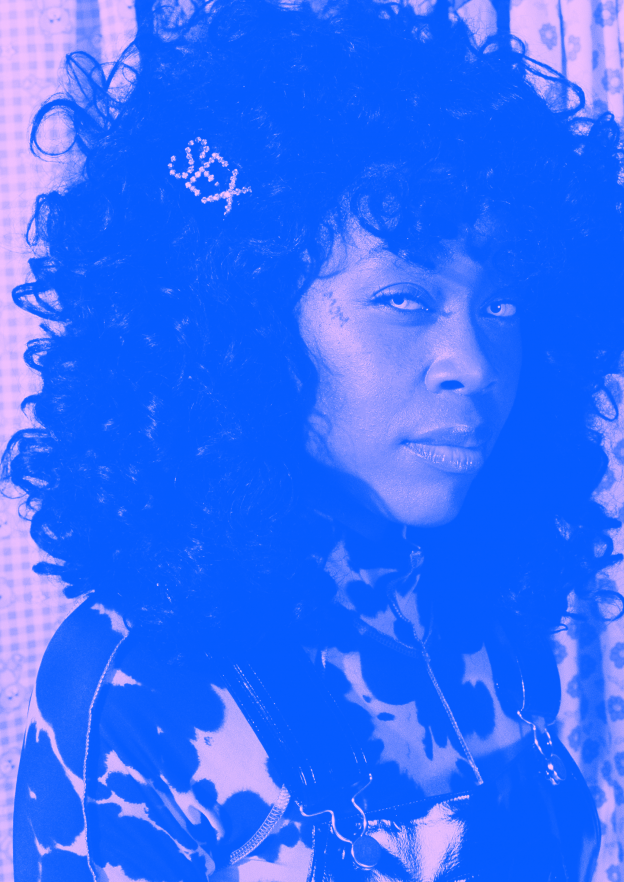 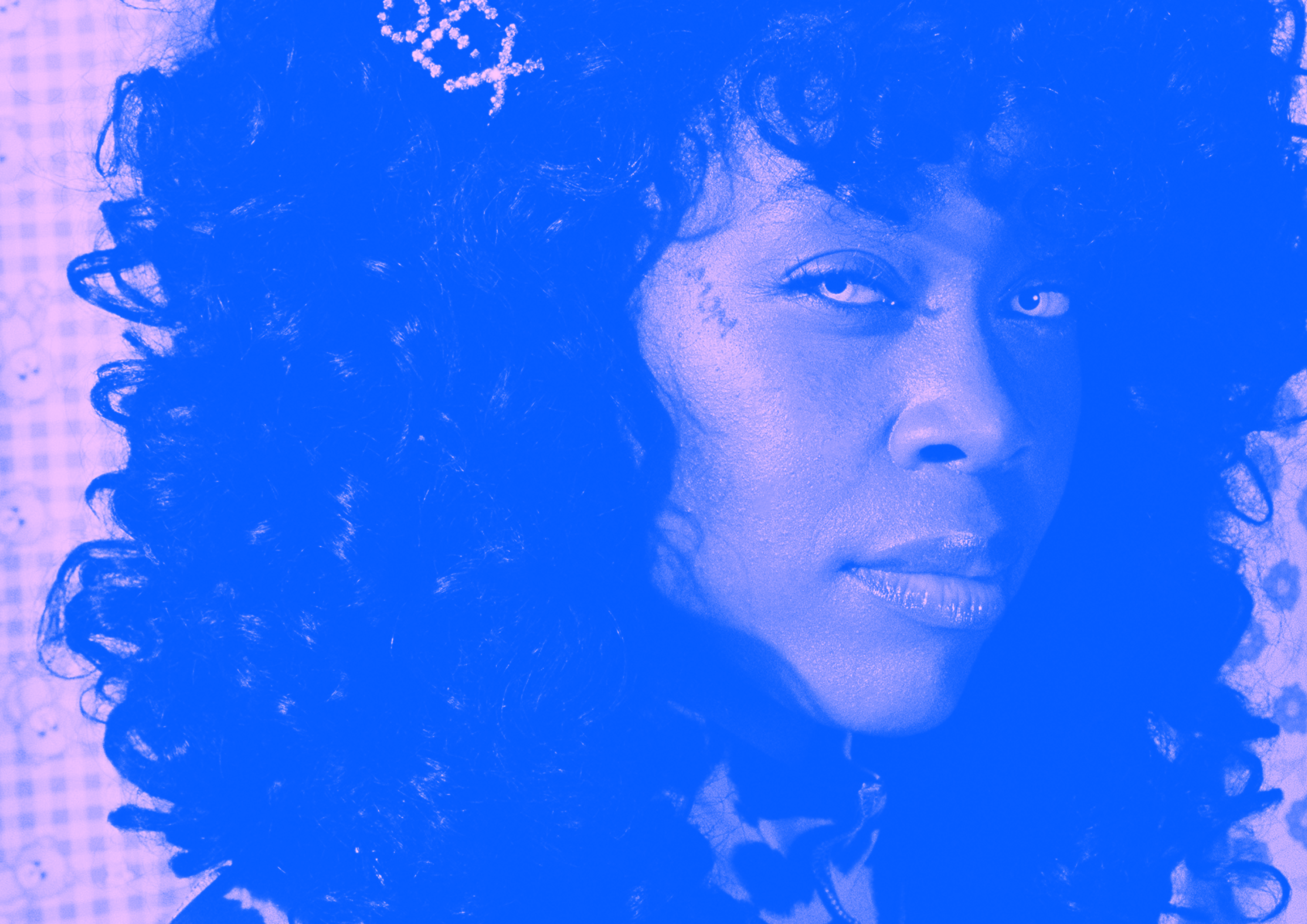 Brittnee Moore’s stage persona BbyMutha has been described as a combination of black Marge Simpson and single “baby mama”. With songs like Fuck Me or BBC (nope, not the British media company), BbyMutha is changing the rules for what a black female rapper can do–and what motherhood is.

She grew up in Chattanooga, Tennessee. As a rapper, she kept a low profile until her song Rules exploded on social media last year. Funky beats, quirky guitar sounds … and laid back rhymes about life as a single mother of four: this was previously uncovered lyrical territory. A line or two about changing diapers or dropping off kids at kindergarten can be found in her songs, but it’s the parts about really great sex or the daily hustle to pay the bills that really get into details. BbyMutha’s bold new perspectives earned her plenty of critical acclaim, as well as some gruesome comments from internet trolls. During the spring, BbyMutha’s debut album is released, where we find her collaborating with the producers Rock Floyd and Crystal Caines–and with her kids, two pairs of twins who are constantly involved in the writing process.